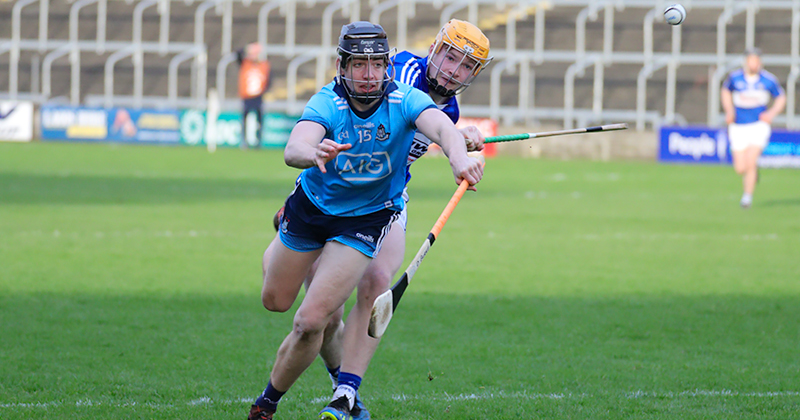 0-18 from forward Donal Burke inspired the Dublin Senior Hurlers to an eight point victory on the road to register their first league points of 2021.

The Dubs dusted themselves off after last week’s disappointing loss to Kilkenny and turned on the style at O’Moore Park this evening, re-igniting their league campaign.

Laois were the stronger side for the majority of the first quarter, but Mattie Kenny’s men took control and didn’t let us for the remainder of today’s proceedings. And like their Leinster Hurling Championship encounter last October, Donal Burke was a thorn in Laois’ side all day. A whopping tally of 0-18, including 14 frees and a ’65 saw the Na Fianna club man excel.

Paddy Purcell, Cha Dwyer, PJ Scully and Ciaran Collier got Laois up and running and into an early 0-04 to 0-01 lead. But Dublin settled in and took control. Burke’s accuracy from frees and an early score from Daire Grey saw the sides level on 0-07 each.

At the break Dublin held a narrow 0-13 to 0-11 lead, with Burke’s half time tally at nine points. With Sean Moran, Conor Burke and Andrew Dunphy chipping in Dublin were in a very comfortable position with 20 minutes remaining on a 0-22 to 0-14 scoreline.

Cha Dwyer threw the home side a lifeline with a well taken goal as Laois attempted to close the gap. But they only ever got within three scores. And a late dash of points for Dublin gave them a comfortable and controlled finish.

Dublin will entertain Antrim next weekend, with Laois welcoming Clare.