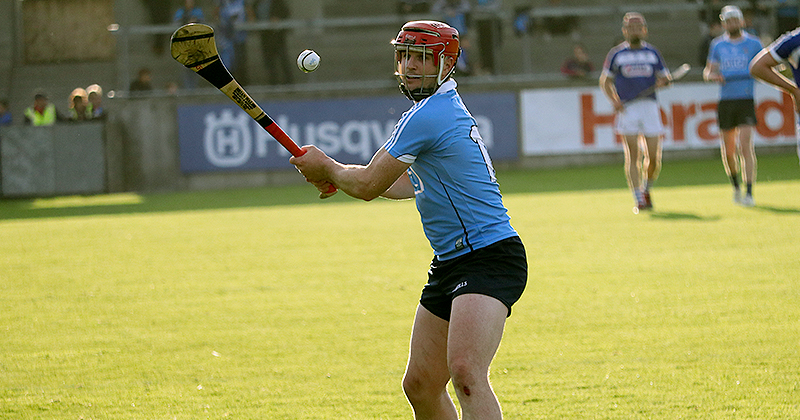 Back on December 16th, Dublin were victorious over Offaly in Round 2 of the current Walsh Cup campaign. Their second win, having beaten Carlow five days earlier to get Mattie Kenny’s reign as Dublin Senior Hurling manager off to the perfect start. Cuala star David Treacy had his game cut short with a hamstring niggle. And as a precaution did not play a part in last Sunday’s win over Laois. There’s also a good chance he won’t see any action this weekend as Dublin go toe to toe with Galway in the competition’s Semi Final in Parnell Park.

But the focus is still the start of the Allianz National Hurling League and their opening game at home against newly promoted Carlow. And the Leinster pre-season competition has been the perfect opportunity for Kenny to get to know the players who will play out his orders on the field. The Cuala players already know him well enough having won the last two consecutive All Ireland Senior Championships.

Treacy was an integral part of both campaigns. And knows his new inter county boss extremely well. Cuala are well represented already with David and Sean, Jake Malone, Sean Moran and Sean Brennan already being named in Walsh Cup panels. And Mark Schutte and Darragh O’Connell are also additions.

“I just love being involved in that dressing room.” David told the42.ie.

“Obviously, running and the slog, it just has to be done. You enjoy the feeling you feel after it. And you enjoy winning and being able to represent your county.”

“I’m playing with my brother this year – it’s great for my parents and I’m enjoying that as well. The enjoyment factor, without doubt, is still there for me.”

Gilroy’s work will be built on positively

Treacy knows that the work last year the panel put in will stand to them as Kenny looks to build on the short legacy of outgoing manager Pat Gilroy. They gave their all in the Leinster Championship, but agonisingly fell short with narrow defeats to Kilkenny, Wexford and Galway.

“Mattie’s single focus now is this season. It’s great to see it, he’s hungry to do as best as we can, and going out and trying to beat every single team we play is the priority now, beginning with the Walsh Cup.”

Dublin, as mentioned, will start their league campaign at home to Carlow, before hitting the road to face Offaly in O’Connor Park. They’ll then face Galway away from home in Round 3 before returning to Parnell Park to square off against Waterford. To finish off their Rounds they’ll meet Laois with the knockout stages starting a week later. And Kenny’s mantra?

“The message to the players is very simple, to take every match as it comes. That’s his personality from my experience.”

“Looking forward, it’s just about getting those one percents from last year. It’s not throwing everything out, it’s a case of where can we make improvements on what was done last year in Mattie’s style or whatever idea he has in his head.”

Ciaran Whelan thanks Kilkenny and GAA stars for lockdown initiatives

ELECTRIC IRELAND & MICHEAL O’MUIRCHEARTAIGH CELEBRATE THE CREATION OF THE FIRST...

CUALA READY TO CLIMB THE MOUNTAIN ONCE AGAIN AFTER VICTORY OVER...