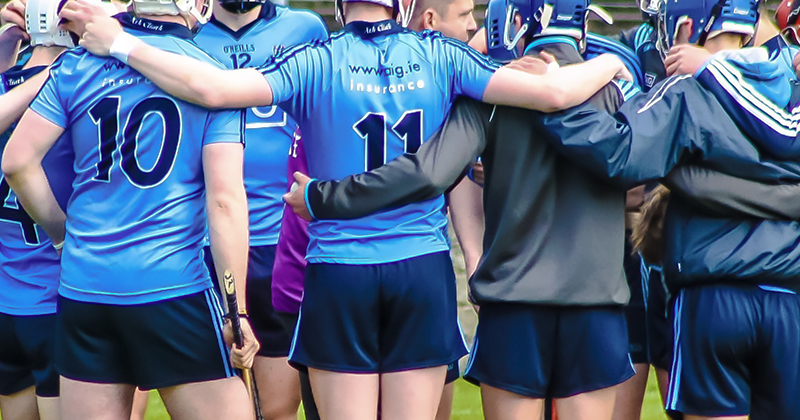 Dublin’s minor hurlers saw off the challenge of Wexford in Parnell Park yesterday afternoon to set up the prospect of winning their second consecutive Leinster Hurling title.

Despite a late comeback attempt from the Slaneysiders, Dublin had done enough and this victory was much more straight forward then last year’s Leinster Final win against Wexford when two late goals made the difference.

The Dubs had four to spare at half time and with 11 minutes remaining on the clock the score was 0-20 to 1-09. Wexford of course rallied scoring the last five points of the game but it was always a case of too little too late.

Yesterday’s hero was Na Fianna’s Sean Currie, who was a thorn in the Wexford defence’s side, scoring 0-12, with four from play. Wexford’s Ross Banville came a close second with 0-11 being his tally.

It was definitely a game for the free takers with the clock stopping and starting regularly. Currie notched seven of Dublin’s 0-10 by half time, five of those from frees, and Banville scored all but one of Wexford’s 0-06 at the interval.

Dublin took five of the first six in the second session stretching their lead to 0-07. Jack Cullen gave Wexford a life line with a much needed goal, but Dublin responded with five unanswered scores.

In the last quarter, Mark Grogan, Sean Currie and Liam Murphy all raised the flag for the victors. Ross Banville again rallied four scores from dead balls and Cullen added a fifth to close the gap to 3 points. But the clock ran out for Wexford as Dublin held on to gain the victory.

The boys in blue will now face Kilkenny in this year’s Leinster Final. Kilkenny blitzed Laois by 6-21 to 0-09 in their Semi Final.

What Lies Ahead For Mattie Kenny’s Dublin Senior Hurlers