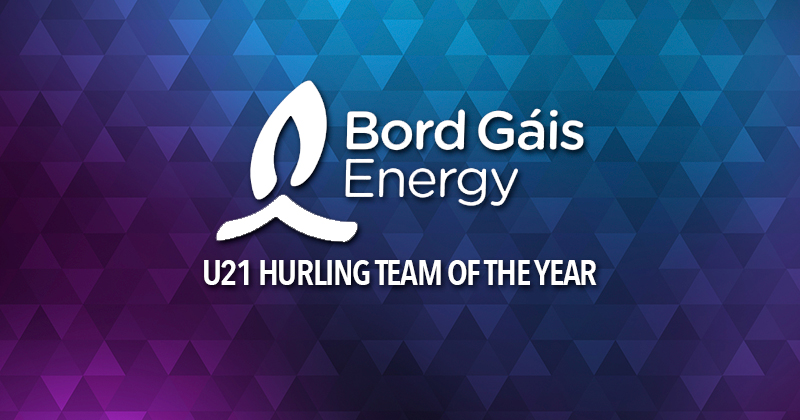 This week the shortlist for the Bord Gáis Energy U21 Hurling Team of the Year for 2018 were announced. Two proud Dubs have been selected in the shortlist, in both the Full-Back and Full-Forward line.

Clontarf defender Paddy Smyth has had a phenomenal year for Dublin. Smyth started all four of Dublin’s U21 Leinster Championship games as Full-Back and was a thorn in the side of the Laois, Carlow and Westmeath attack. Despite losing to Wexford in the provincial semi final, Smyth was praised for his performance. In addition Paddy lined out for Pat Girloy’s Senior Hurlers on more than one occasion this year and is certainly deserving of his nomination.

Colin Currie from Na Fianna was outstanding in the Full Forward line this year, scoring 0-08 from Round 1 to the Quarter Finals of the competition. And his 2-07 against Wexford ran Dublin very close to a win. Currie shared the top scorer slot that day with Wexford Seamus Casey who registered 0-10, and is also shortlisted in the forward line.

The Breakdown by County

Munster champions Cork have pipped All-Ireland winners Tipperary and Leinster champions Galway with the largest share among the nominees for Team of the Year.

In total 11 Cork men make the list while Tipp and the Tribesmen both have nine players each included. Leinster runners-up Wexford have six players on the forty-five-man shortlist.

Limerick, Waterford and Kilkenny are all represented by two players on the list along with Dublin. The remaining two places go to Carlow and Westmeath.

The U21 Player of the Year nominees have also been announced. Tipperary’s Ger Browne and Jake Morris will compete against one another along with Galway’s Fintan Burke and Cork’s Mark Coleman for the accolade. Last year’s winner of the prestigious accolade was Limerick’s Aaron Gillane who was central to his team’s All-Ireland Senior Hurling Championship success last month.

The U21 Team of the Year and Player of the Year nominees were picked by a panel of judges chaired by Bord Gáis Energy Sports Ambassador Ger Cunningham alongside #HurlingToTheCore Ambassador Joe Canning, Waterford legend Ken McGrath and TG4’s Micheál Ó Domhnaill.