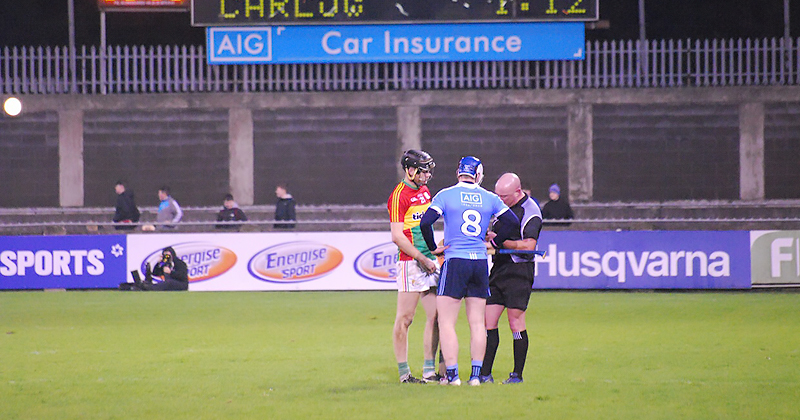 With temperatures a little better than this past Sunday in Parnell Park, the reigning Walsh Cup champions got their journey off the a positive start tonight seeing off the challenge of a dogged Carlow side in their opening encounter.

Dublin Captain Liam Rushe and Carlow’s Jack Kavanagh saw red towards the end of the game as both sides finished on fourteen each but that didn’t dampen the spirits of the small crowd in Donnycarney.

Massive performances from Donal Burke, Alex Quinn, Donie Fox and Cian O’Sullivan saw Dublin over the line tonight and will surely have pleased Cunningham before meeting UCD next Wednesday. 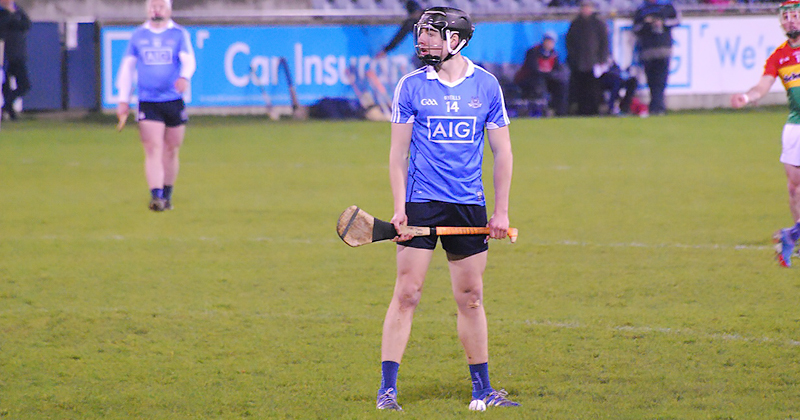 Scores from Donal Burke, Canice Maher, a huge long range score from Donie Fox and an exquisite side line score from Fountain McGibb saw Dublin in the driving seat on seven minutes.

Denis Murphy opened his account for Carlow with a pointed free before Fox once against launched a huge score over the bar for the Dubs.

And just as Dublin looked comfortable another score from Murphy, one from John Michael Nolan, either side of a well battled goal from Chris Nolan saw Carlow inch ahead by the minimum, and for the only time in the game.

It was minutes before St. Brigid’s Cian O’Sullivan hit a wonderfully played solo goal to swing the balance back in favour of the boys in blue. And they outscored Carlow five to three to finish the half 1-10 to 1-06.

The introduction of twins Ben and Alex Quinn appeared to be the difference as both ran the Carlow midfield and defence a merry dance in the second half.

Murphy had opened the half with another pointed free but was cancelled out with two replies, one from Donie Fox and a beautifully taken score from Sean McGrath.

Carlow also introduced Paul Coady at half time, who had been due to start, and he found his feet quite quickly joining Murphy as their only scorers of the half sharing seven between them.

Donal Burke hardly missed a trick tonight scoring two in the second half to add to his tally of six for the evening and Ben Quinn popped one over to keep things ticking.

But with two scores between the sides in the closing stages it was the pure power of Alex Quinn with a punishing goal and a bullet of a point toward the end of the game, followed by the last score ably taken by Fergal Whitely that put the distance between the sides with Dublin finishing the stronger winning 2-17 to 1-13. 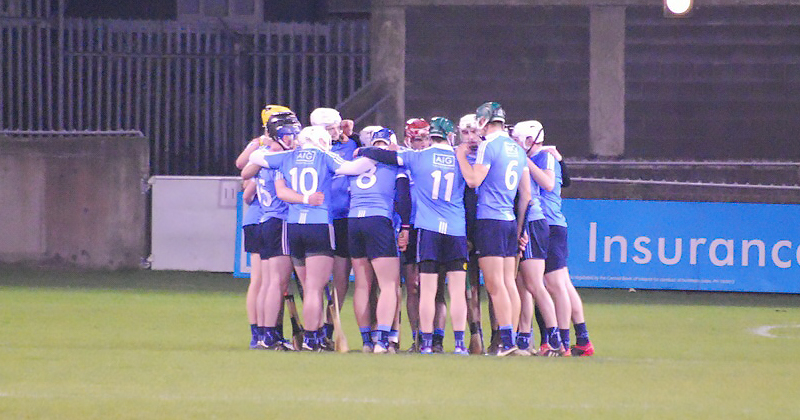