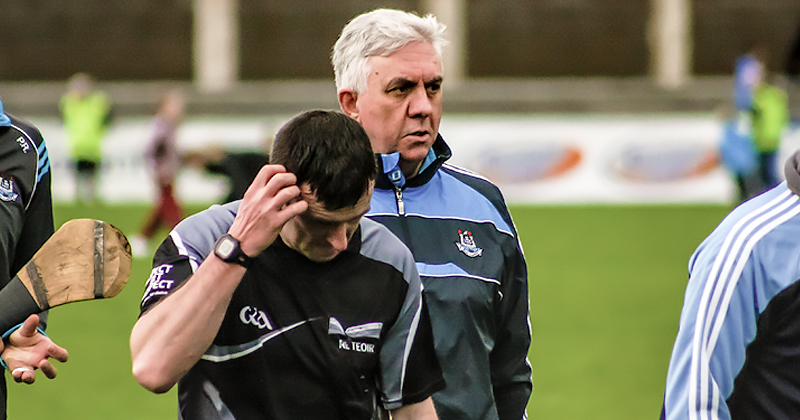 It’s not a situation anyone wants to be in after one national league match, and certainly not one Dublin manager Ger Cunningham is relishing being in.

His Senior Hurling panel were dealt an unbelievably embarrassing defeat at the hands of All Ireland Champions in Croke Park on Saturday night, definitely not the start the Cork native would have wanted or expected at the beginning of a new competitive season.

The boys in blue simply had no answer to The Premier County’s attack, as Seamus Callanan, Jason Forde, Aidan McCormack and company did some serious damage on Saturday, running out victors by a massive 16 point margin.

And after the game, the Dublin boss was not muted on the team’s performance.

“That’s not good enough so they have to go away and reflect themselves” Cunningham told the42.ie, “what went well for them and what went wrong – and how they can learn from it.”

“It’s okay for us on the sideline to be saying it is or it isn’t. It’s about expectations for themselves, it’s about what they expect of themselves.”

The young Dublin side, including four minor hurlers from 2016, did start the game on the front foot and were leading Tipperary by 0-04 to 0-01 early on, and even had goal chances that they sadly didn’t convert. But it didn’t take long for Tipp to get the game under their control and teach the young Dubs some valuable lessons.

“The plus side is that we’ve introduced some young fellas and hopefully they’ll learn from the experience of playing the All-Ireland champions”.

“The best thing about it is you can park it and move on and go back out next week and get a chance to redeem yourself.”

Despite the crushing defeat, Cunningham took the time to praise Whitehall Full Back Eoghan O’Donnell, who took on the challenge of marking Seamus Callanan and never let up for the entire game.

“Eoghan O’Donnell has been playing that calibre of hurling for the last 12 months, he’s been one of our leaders, he’s been outstanding. What we need to find is to get that level of performance in the forward line.”

Dublin will travel to Pairc Ui Rinn on Saturday to face Cork in their next league encounter. Last year they beat the Lee siders 4-21 to 2-17 in the League, but Cork did exact their revenge taking Dublin out of the Championship Qualifiers in the first round winning 1-26 to 1-23.

Cork have already one win under their belt, beating Clare on Saturday by 0-21 to 1-11, and will be looking for a few more wins to securing a Quarter Final spot. Dublin on the other need to find something positive from their opening day defeat and lift their spirits this weekend.