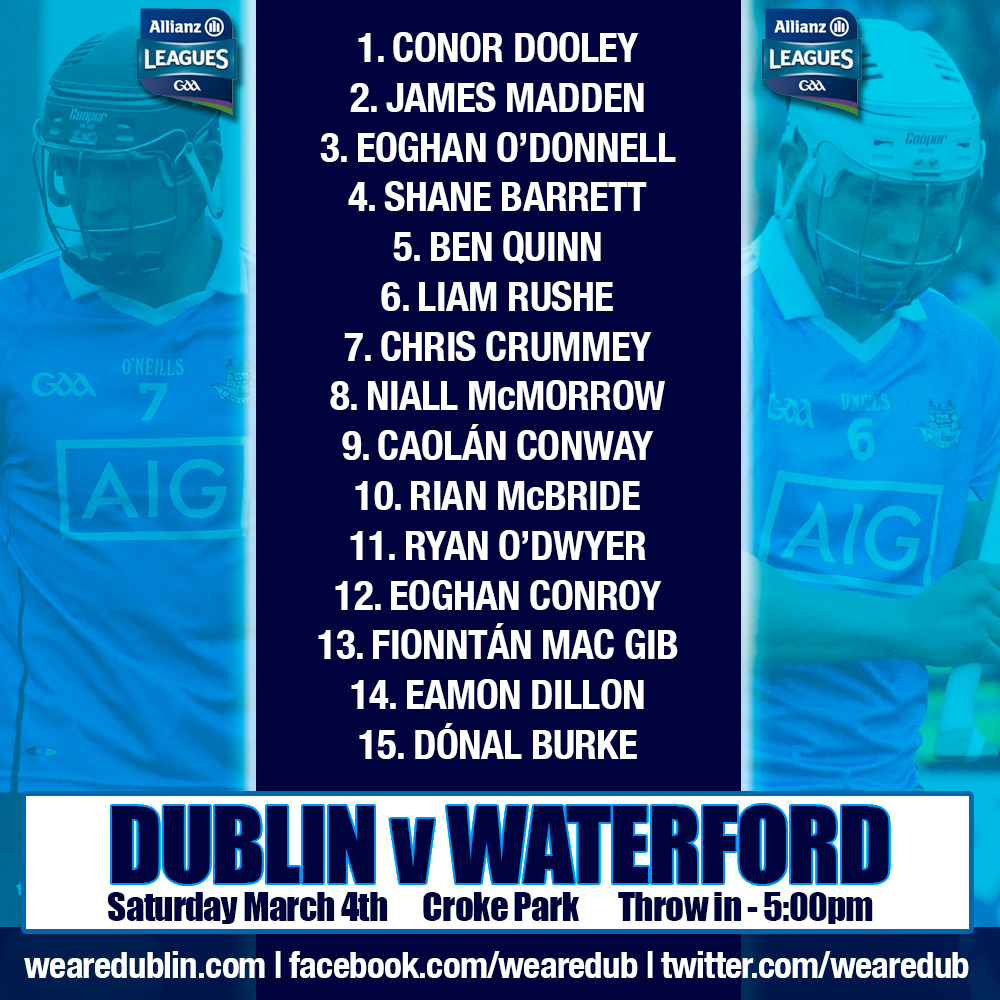 There wasn’t too many people who didn’t spend their Saturday evening, a couple of weeks ago, scratching their heads with minutes to go before the throw in between Dublin and Cork in Pairc Ui Rinn. That night Dublin boss Ger Cunningham made 5 sudden changes to the starting selection literally before a ball was pucked.

Well tonight, Cunningham has shown his confidence in those changes, naming to exact same side for tomorrow night’s encounter with Waterford for Round 3 of the Allianz National Hurling League.

These 15 players, along with a few second half switches, turned Dublin’s fortunes around in Cork, from a week previous when they were beaten by Tipperary. And Cunningham has rewarded each of them for their efforts by handing them their start once again.

Throw in tomorrow evening is 5:00pm as part of the Dublin Spring Series Double Header in Croke Park and will be followed at 7:00pm by the game between the Dublin Senior Footballers and Mayo.

Conal Keaney To Stay On As Gilroy Beats The Bushes