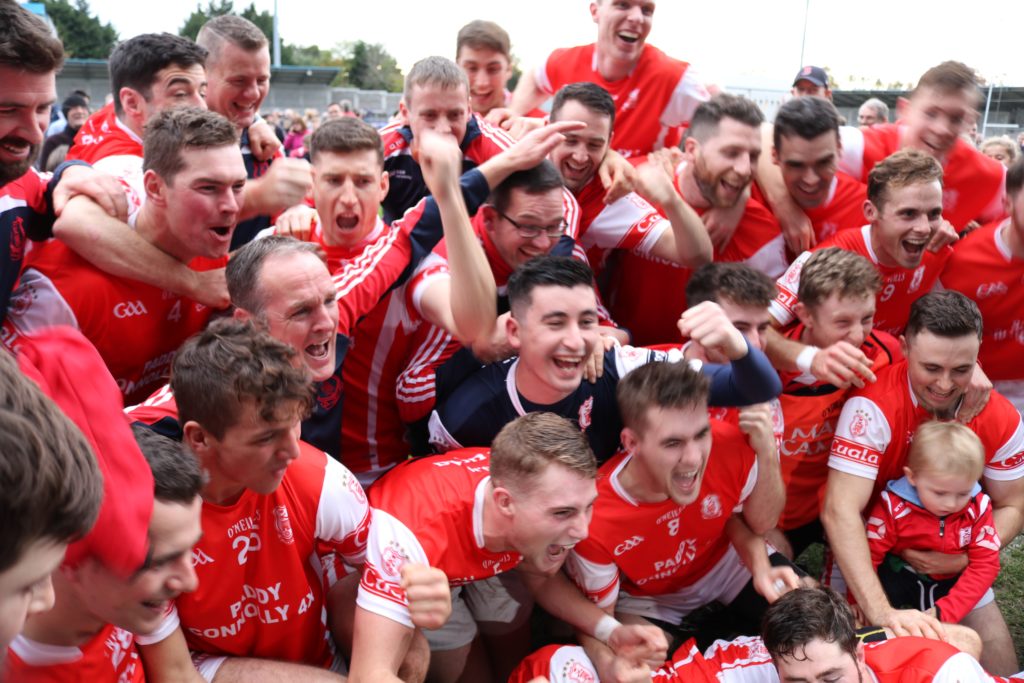 Dublin and Leinster Club Champions Cuala made history today by becoming the first Dublin club to appear in an All Ireland Club Senior Hurling Championship Final after they slayed Ulster Champions Slaughtneil in their semi-final played in the Athletic Grounds in Armagh.

Cuala dominated proceedings from start to finish enjoying 67% of the possession throughout. A brilliant goal from Con O’Callaghan in the 11th minute set the tone for the match.

David Treacy was excellent all day and he helped himself to seven points in the first half alone to give the southside club a commanding 1-13 to 0-05.

In the second half sibling Sean Treacy grabbed Cuala’s second goal of game and although Slaughtneil valiantly fought back with goals from Bradley and Se McGuigan, there was to be no denying the Dalkey men and Niall Carty raised a third green flag late on to secure a dream date on St Patrick’s Day for Cuala.