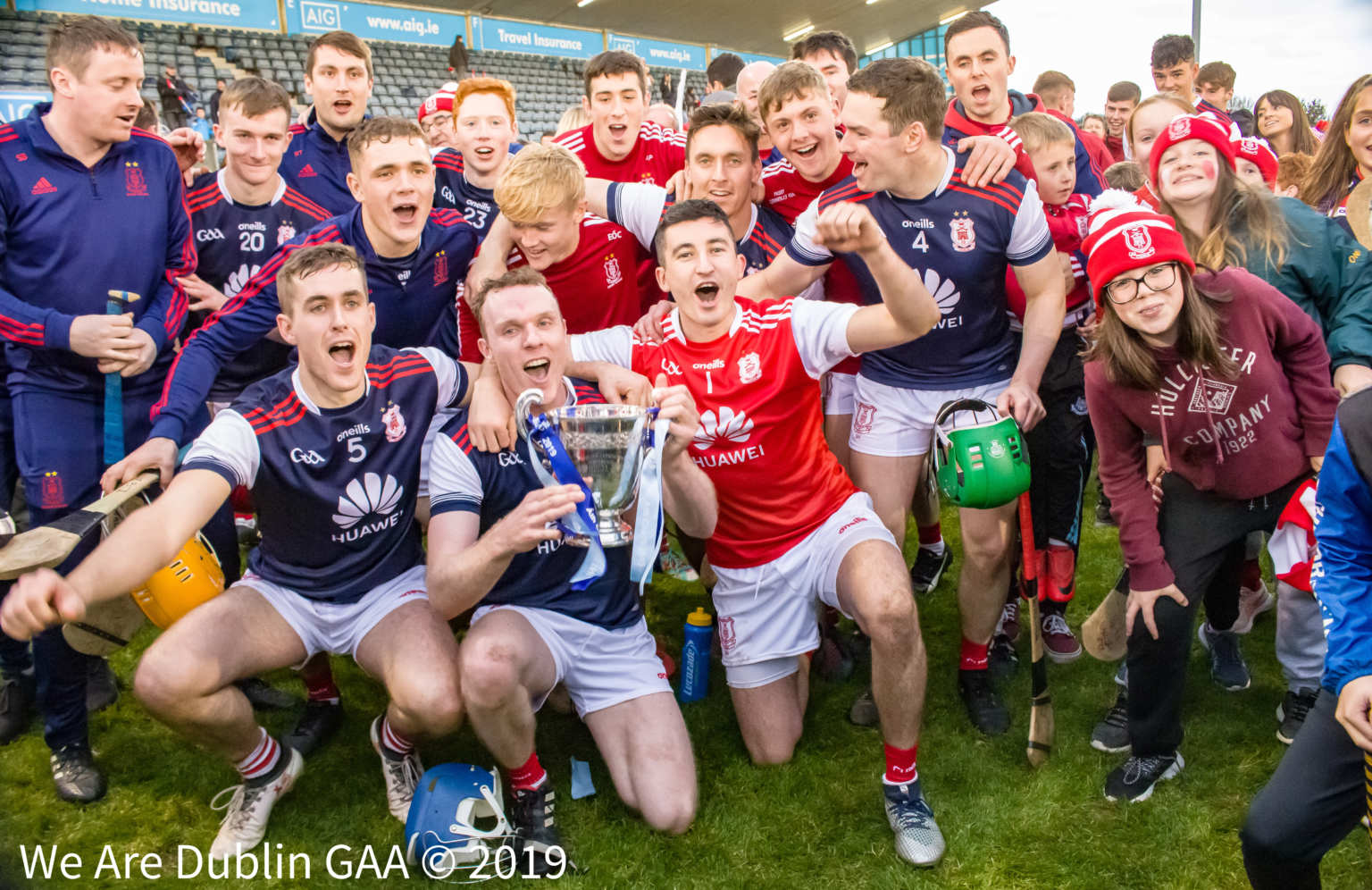 The Dalkey side were hot favourites coming into the final but were pushed all the way by the Russell Park outfit who hadn’t come to just make up the numbers.

Twice during the game Cuala built up healthy leads only for St Brigids to reel them back in.

Dublin football star Con O’Callaghan got Cuala off to the perfect start with a goal after three minutes but he picked up a thigh injury securing the score when he collided with Brigids keeper Alan Nolan and after lengthy treatment had to be replaced.

With just nine minutes left in the game there was just three points between the teams and Brigids were very much in the game. But the sending off of Brigids full forward Kevin Callaghan on a straight red for an off the ball incident with John Sheanon gave Cuala a numerical advantage which they used to great effect to secure a four point win.

Both sides missed some early scoring chances inside the opening two minutes of the game. Then a beautiful long pass from Oisín Gough was collected by O’Callaghan our on the left wing, he turned inside and headed for goal and smashed the ball to the net past the advancing Alan Nolan.

St Brigids finally got on the scoreboard in the 10th minute with a pointed free from Paul Winters. Cuala increased their lead to four with points from Jake Malone and a David Treacy converted free.

Brigids though were settling into the game and hit the next three points, Daire Plunkett with a fine effort from play and two successful free attempts from Paul Winters to leave a point between the teams. 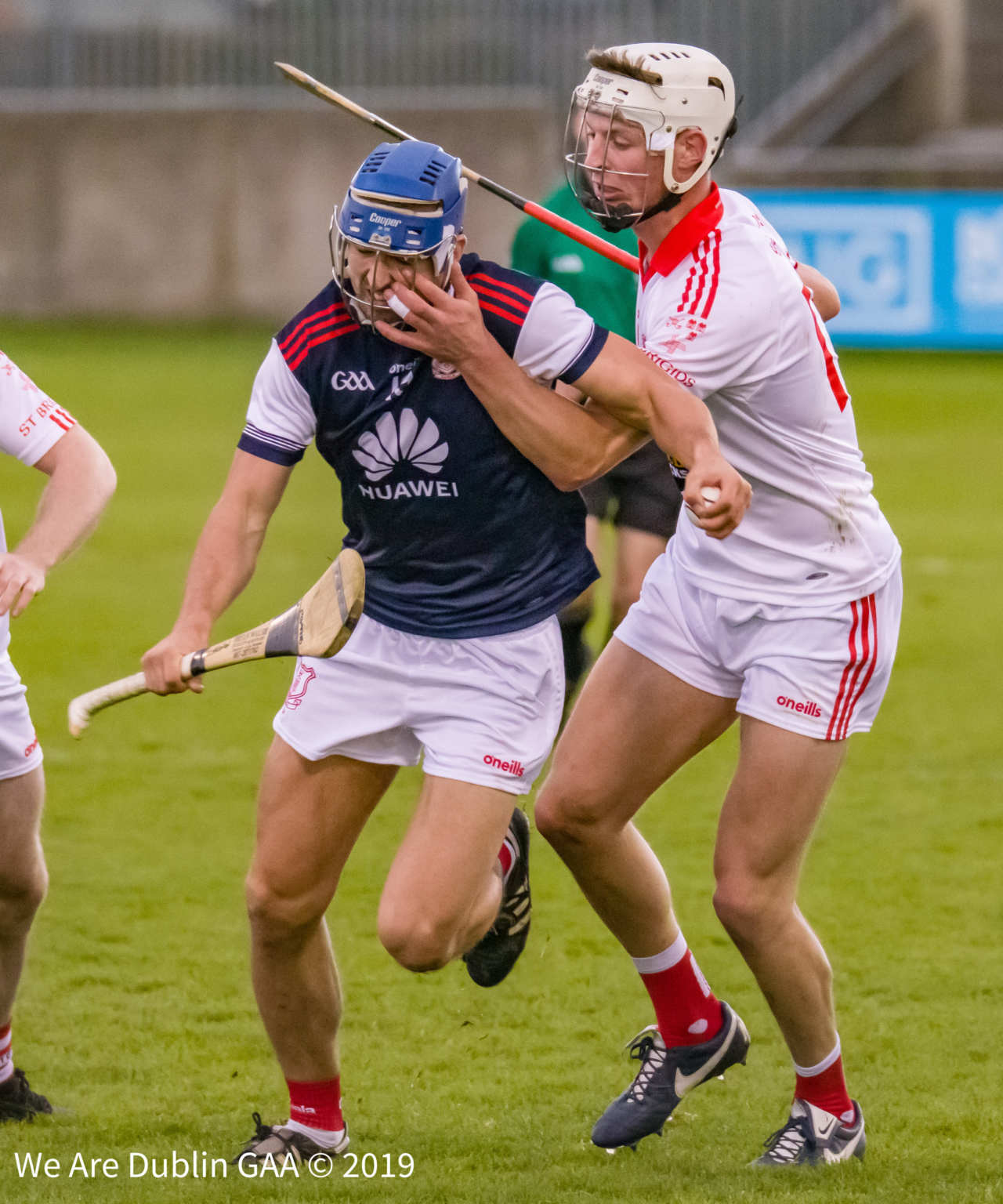 But Brigids were holding their own in this war of attrition and finished the half in the ascendency scoring the last three scores before the break, Luke Purtill and Keith Mullally struck excellent points from play and Paul Winters knocked over his fourth free of the half to send the sides into the dressing rooms level with the score 1-04 to 0-07.

The sides traded points in the opening six minutes of the second period, Darragh O’Connell hit a beauty to give Cuala the lead after the restart, but that was cancelled out with another well struck Paul Winters free. David Treacy replied with a laser guided free of his own and it was all level again with a super point from a sideline from St Brigids Eoghan Dunne.

Cuala though took control of proceedings as master free taker David Treacy punished St Brigids for indiscipline in the tackle with four converted frees in a row.

A fine point from Cian O’Sullivan reduces the deficit to three points, but Cuala hit three more on the bounce from Nicky Kenny and Sean Moran from play and another accurate free from Treacy.

With six now between the teams it looked like Cuala would disappear over the horizon but Brigids were in no mood to throw in the towel.

Cian O’Sullivan spectacularly caught a long ball in the air and turned towards goal, his rocket of a shot though was brilliantly save by Seán Brennan in the Cuala goal but Keith Mullally followed the ball in and smashed it to the net and it was game on.

Paul Winters followed that up with his sixth successful free of the game and there was just two points separating the sides.

Another Treacy pointed free with nine minutes left on the clock stretched the Dalkey sides lead to three. But Brigids were dealt a blow moments later when full forward Kevin Callaghan was shown a straight red for an off the ball incident and the Russell Park outfit were down to 14.

Initially it looked like it wouldn’t make a difference as a Paul Winters free and a super point from Johnny McGuirk left the bare minimum between the two combatants. 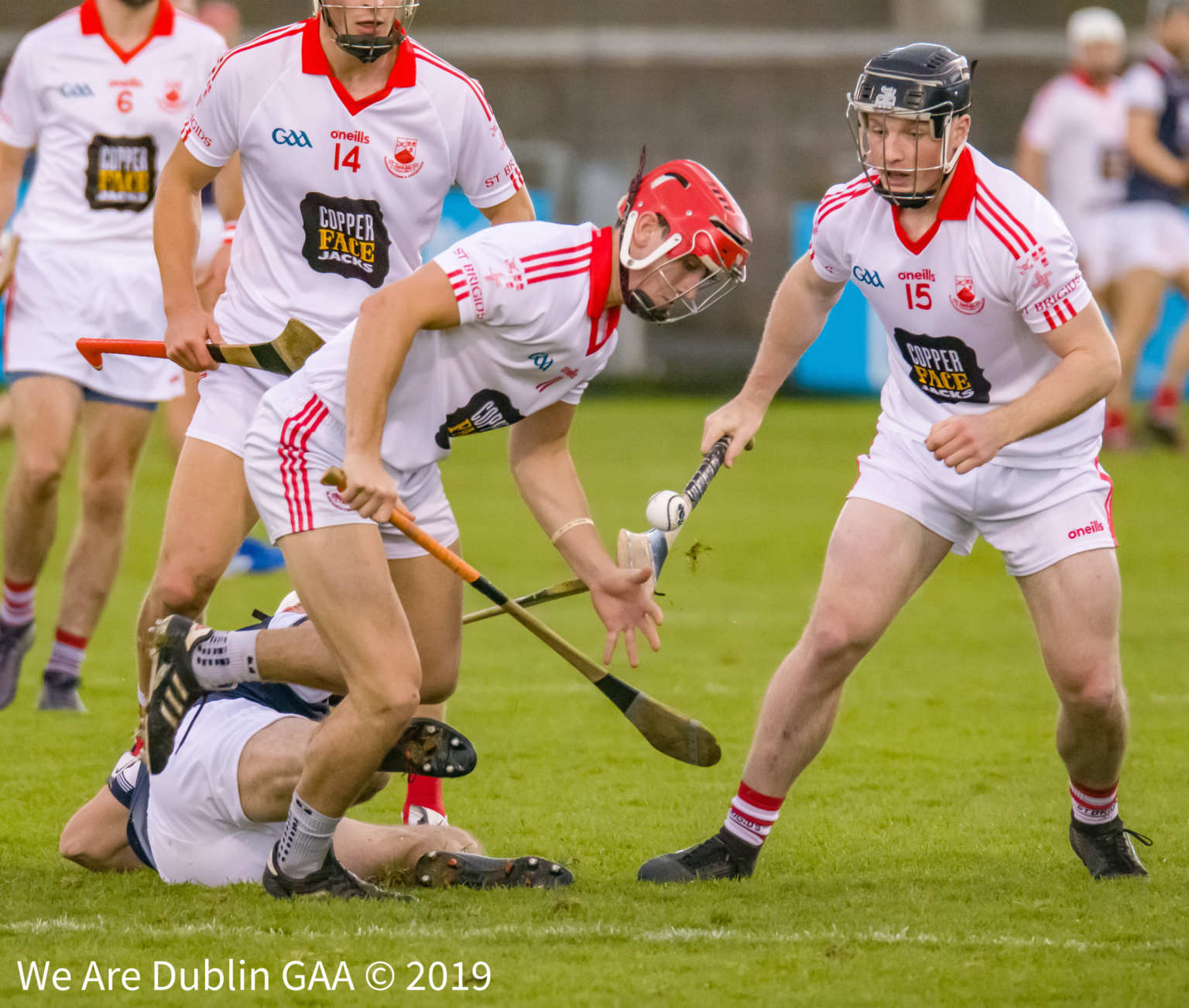 The action was fast and furious, Cuala’s Colum Sheanon struck a nice point over the black spot but was immediately replied down the other end of the pitch with an equally sublime point from Johnny McGuirk.

Cuala though used the extra man and all their guile and experience in the closing stages and a point from Sean Moran and two more pointed frees from David Treacy secured a four point win.