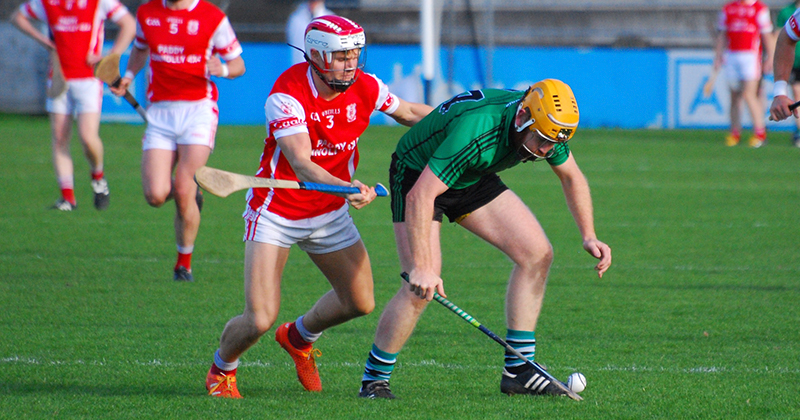 The end of 2016 was a dream come true for Dublin hurling outfit Cuala. A second County Championship in a row, their fifth in the club’s history. And a demon banished from the previous year, finally lifting their first ever Leinster Hurling Championship.

The men from Dalkey had climbed the provincial mountain in 2015 but left the title at the door, with Oulart-the-Ballagh clinching the silverware. But in December, Cuala finally broke the glass ceiling and saw off the challenge of O’Loughlin Gaels in the Leinster Final.

And so it is, this weekend, their journey takes another twist. The Athletic Grounds in Armagh will host their All Ireland Semi Final against Derry club Slaughtneil. The winners will meet Ballyea in this year’s final in Croke Park on March 17th.

Cian O’Callaghan is one of Cuala’s key components in the full back line. And the 22 year old has seen the game in the county change quite dramatically over the last few years.

“When I came on the scene Ballyboden were completely dominant.” he told GAA.ie

“There was no team really putting it up to them, whereas now you have Jude’s, Crokes, Ballyboden, Lucan, O’Toole’s, ourselves so the strength in Dublin club hurling has improved 10 fold even in the past three or four years.”

Part of Cuala’s rise has been the influence of current manager and former Galway selector Mattie Kenny. The Tynagh native has moulded this panel into a hugely successful side. And this weekend could create hysteria on the Southside of Dublin should Cuala successfully steer their way to a place in the Championship final.

“We are able to mix it with the big boys now and then play our hurling as well. Mattie really as a manager he drills it into you that you are not going to lose, you are going out there to win. Everyday you take to the pitch you are going out to win. That would be the message the whole time.”

“I mean Mattie is an exceptional manager, I suppose he has brought that ruthlessness to us.

Cuala have not taken the easy route. In the County Championship they had to go through St. Vincents, Ballinteer and Kilmacud in the groups stages, Ballyboden in the Quarters and Lucan in the Semis before meeting Crokes again in the final.

“We had six really tough games to get out of there. So that was really good to put ourselves in the position where we were in Leinster again to be able to atone for last year’s defeat.”

And atone they did. Borris-Kilcotton were dealt a hammering, St. Mullins were dispensed in the semi final, and Kilkenny Champions O’Loughlin Gaels were also the victims of the Cuala wave.

“You don’t know how many times you’re going to put yourself in this position where you are in a Leinster Final so we had a bit of experience after last year.”

“We would always have been known as the posh south side boys and while we knew that wasn’t true maybe on the pitch sometimes on the pitch we didn’t want to know about it as much. Really in the past three or four years Cuala have become a team that other teams don’t like playing.”

Younger brother to Cian, Con, has also been influential in Cuala’s championship run, particularly in the provincial championship. Already an All Ireland Senior football medal winner with Dublin, Con’s Leinster performances with his club have been outstanding.

“It wasn’t too long ago that he was playing Dublin minor hurling, it is only two years.” Cian admitted.

“I think people were a bit surprised at how fast his touch came back, his touch is nearly better now than when he was training full-time. I don’t know what he is eating, but it seems to be doing the trick.”

And would Con ever consider playing Senior Hurling for the county?

I’d say his dream since he was about 13 or 14 was to play for the Dublin senior footballers. So I suppose he is doing that now so I’m not going to be able to tell him, it isn’t up to me to make that decision.”

DUBLIN LOSE OUT TO KILKENNY DESPITE BATTLING DISPLAY

Dublin Finally Claim A Victory To Save Their Leinster Hurling Championship...

2020 All Ireland Finals may take place in October or November