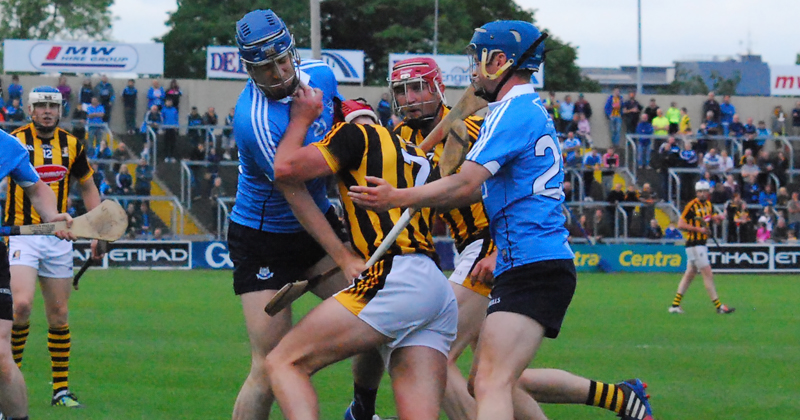 Never will the home turf and safety of Parnell Park mean more to Ger Cunningham’s than it will tomorrow, as Kilkenny will descend on Donnycarney.

Despite a horrific opening night against Tipperary in Croke Park, and despite the absence of the contingent from All Ireland Champions Cuala, Dublin on the whole have been competitive. And Cunningham will take a fistful of encouragement from this going into the last round game.

On their last day out, Clare shaded a win over the Dubs in Ennis, which left a bad taste in the Dublin boss’ mouth.

“I’m disappointed with the result, but we played well.” Cunningham told GAA.ie

“Now we have to face Kilkenny and take it from there.”

“In fairness to the lads I thought they showed great character in the second half and we took the game to Clare in the early part of it.”

Kilkenny have definitely not had it their way this year. Beaten by Waterford and Clare in their first two fixtures they eventually overcame Cork in Round 3. And in the last Round had to settle for a share of the points with Tipp.

So to put it mildly, there are so many outcomes that tomorrow might bring.

As it stands in Division 1A only Tipperary know their faith having topped their group and will meet the Division 1B fourth-placed team the following weekend in the quarter-finals.

For the remaining five teams, they are playing for league survival and bidding to avoid the relegation final.

Dublin need to beat Kilkenny in Parnell Park. Should Ger Cunningham’s men repeat their 2015 win over the Cats, then they will need Cork to stand alone on four points, or win by at least seven points and hope Waterford fall to Clare.

Likewise, Kilkenny must be victorious but a draw would suffice for Brian Cody’s men if Clare beat Waterford. But a win would guarantee the Leinster champions a quarter-final spot.

Clare’s scoring difference gives them an advantage ahead of their game with Waterford in Cusack Park. Should the Banner fail, a Kilkenny win and Cork draw will see them eliminated. But a Clare draw will be good enough.

Waterford have to defeat Clare to be certain of their place. A draw would suffice should Cork or Kilkenny lose but they would need Dublin’s winning margin to be small.

Cork know any result in Pairc Ui Rinn against Tipperary will allow them to steer clear of the relegation final but like their opponents, their faith is up in the air should they fail to take down the Premier County.

Providing Clare and Waterford don’t draw, a narrow Dublin win over Kilkenny will see them safe.

Calculators will be to the ready at all three grounds. it’s definitely going to be an interesting day.