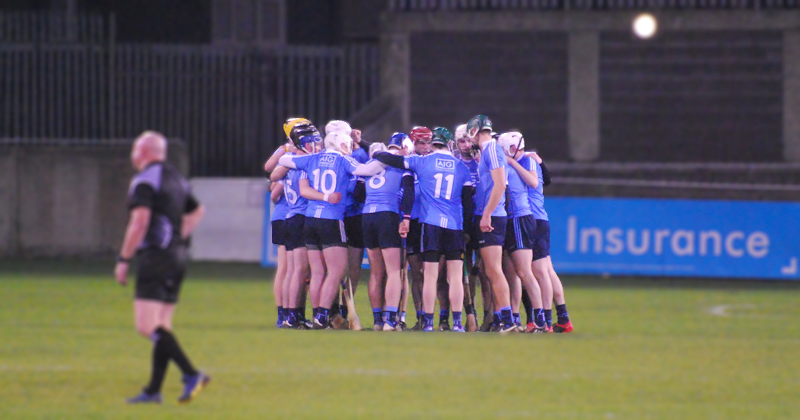 The curtain will rise at 5pm tomorrow evening for the start of a brand Allianz National League and for hurling fans, both in Dublin and around the country, the opener under the lights of Croke Park will hopefully be a mouth watering affair.

A relatively new Dublin Senior side, will run out onto the immaculate HQ surface and face the All Ireland Champions Tipperary as part of the first Spring Series Double Header.

The term “home advantage” is often used and when Dublin are playing and the venue is Croke Park it’s seen as a major plus for the metropolitan’s.

But it’s not a venue that the Dublin senior hurlers frequently play in and Captain Liam Rushe doesn’t see any advantage for the Dubs as they get ready to face All Ireland champions Tipperary.

“There is no home advantage in playing matches at Croker.” Rush told the Independent.

“I understand why they want to do it. It makes commercial sense to put the two teams in there together. But whoever we play will probably have played there as often as we have – Tipperary in first game, they’ve only played there in September.”

In recent years, attendances have been low at these Spring Series events for various reasons, and with that it brings it’s own set of challenges.

“The problem with early hurling matches in Croke Park is that there is very little atmosphere.”

“We spoke about it before as a team. You really have to bring your own intensity, basically create your own atmosphere as a team.”

At 26, Liam will start his eighth year as a senior inter county hurler, and with the absence of quite a few of his old team mates, he is well and truly now a veteran of the panel. And Rushe knows this year won’t be easy for him or his colleagues.

With Cuala waiting in the wings for a possible All Ireland Club final place, leaving Dublin short a few more, the first few outings will be a tough ask.

“It’s great for Dublin hurling that Cuala are going so far, that we’ve finally broken that Leinster barrier after I don’t know how many years. They’ve a good run, an opportunity of getting to an All-Ireland final, so we’re all behind them.”

Nevertheless, there is no shortage of drive and confidence from the Dublin captain. A new panel, a new year, and endless possibilities.

“If we can perform we can always mix it with the best, it was a matter of getting a consistent level of performance.”

“We are still chasing it, but even with the players we have at the moment and when we get the Cuala lads back and we perform, we will be a force in the Championship.”

Seán Kelly – Don’t throw in the towel on 2020 Championship