Back to back titles for Senior Hurling Champions Cuala as they put in composed finish against Ballyboden St. Endas 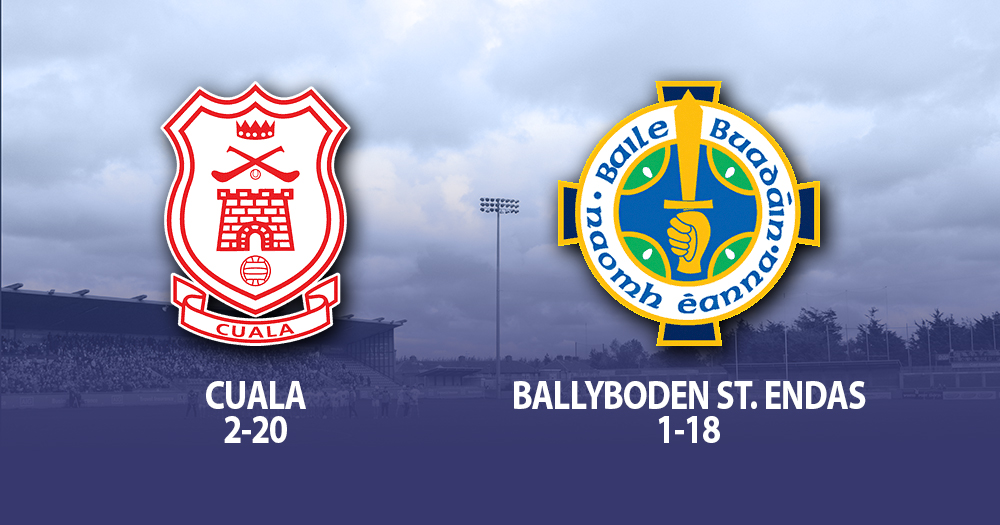 It’s a second consecutive Dublin Senior Hurling title for Dalkey side Cuala as they put in an impressive last quarter to see off an strong Ballyboden performance.

Congratulations to @CualaCLG– Dublin Senior A Hurling Champions for 2020 🏆 pic.twitter.com/1POAYPGxpr

Ballyboden were leading by four points at half time, and were still a point up on 1-16 to 1-15 by the second half water break. But Cuala got the better of the remaining exchanges to run out eventual five point winners in a more than exciting clash between the best two in the county.

For much of the game Boden seriously looked like reclaiming the title they’d won back in 2018. But the game changed in the 53rd when Cuala were awarded a penalty for a foul on Con O’Callaghan. Who else but Sean Moran stepped up to the plate, netting the sliotar and giving his side a two point lead. From there they never looked back, outscoring their opponents by three points in the closing stages, even after losing Colum Sheanon.

Boden will have regrets. Conal Keaney scored 1-01, with that goal putting them six points into the lead, but they couldn’t seem to shake a poised and calm Cuala side. The Firehouse road side also saw big performances form Niall and Paul Ryan, scoring four and eight respectively. Aidan Mellett and Conor Dooley also chipped in two each to keep the scoreboard ticking.

Sean Moran again showed his hurling championship calibre, scoring 2-03 for Cuala. And the accuracy of David treacy was once again on display