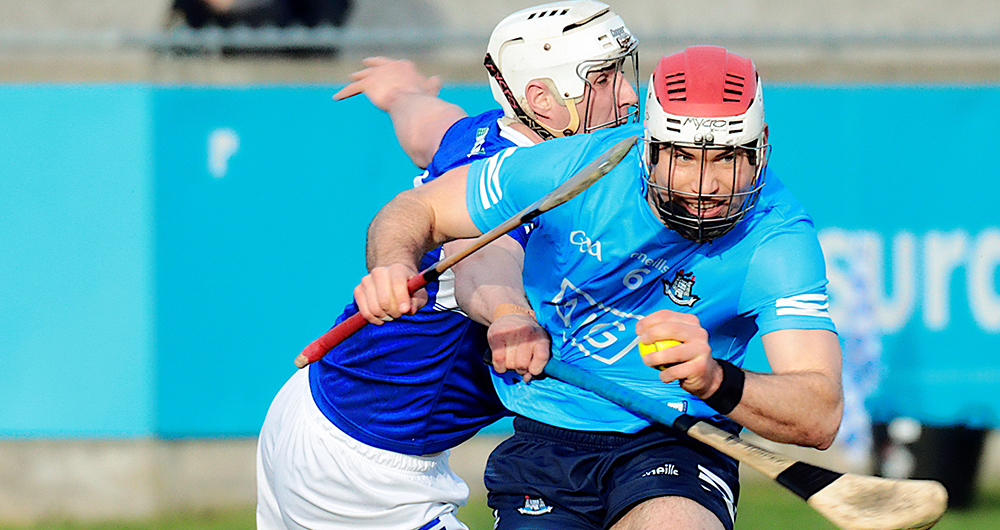 The Dublin Senior Hurlers may well breath a sigh of relief coming away from Parnell Park tonight with a 2 point win over Laois in their Leinster Hurling Championship. But boss Mattie Kenny will take a lot from this evening’s tight contest.

Substitute Alex Considine’s 61st minute goal settled a misfiring Dublin, who hit as many as 18 wides throughout the game. And the goal from Considine looked like it was over for Laois with 2 quick points putting seven between the sides. But the O’Moore men battled back with Jack Keyes and Cha Dwyer hitting point before keeper Enda Rowland rocketing a free into the Dublin net in added time.

PJ Scully, Laois top scorer sent a point over a minute later. And when Fiachra Fennell won another free in a dangerous position, Rowland stepped up again for the conversation. This time the shot was blocked out for a ’65 which was cleared with Dublin hanging on for the win.

Laois took a 1-07 to 0-09 lead from the first half, with Dublin shooting 11 wides which ultimately could have made a masive difference to the scoreline. The sides were level on 3 scores each when Mark Dowling pounced on a long range ball from Ciaran McEvoy to net Laois’ first goal. Dublin responded with scores from Donal Burke (3) and Fergal Whitely.

Just as they regained control though PJ Scully pointed twice. And a long range conversion from Rowland put parity to the scoreline once more. Scully finished the half with a score in stoppage time to give Laois the advantage.

Dublin head for Wexford in Round 2, and Mattie Kenny will need his charges to be sharper with their crosshairs when shotting for the posts.