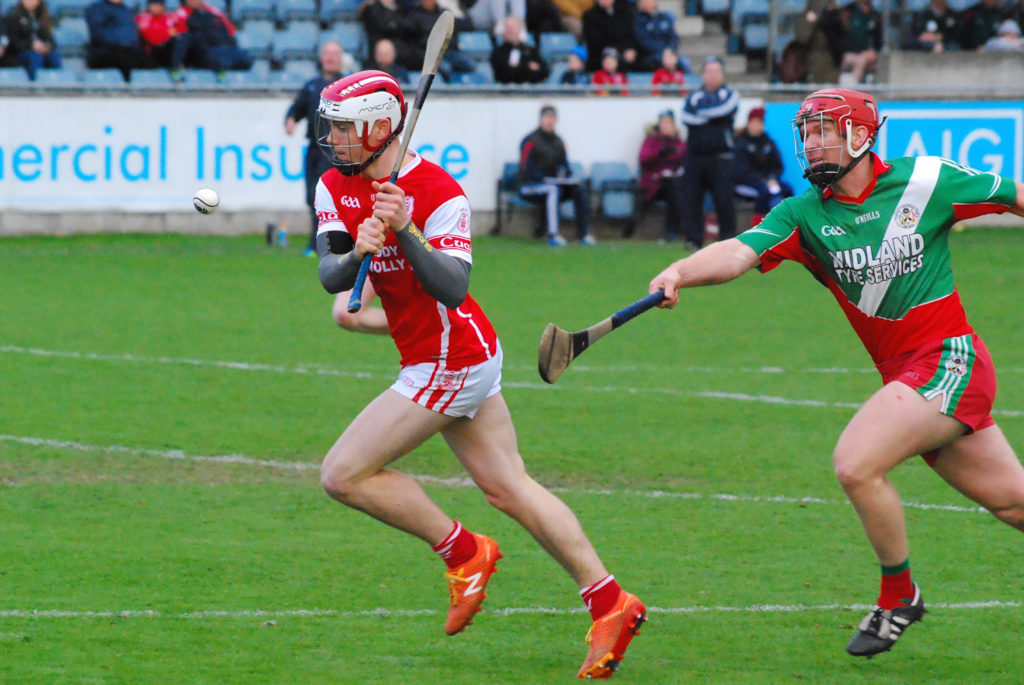 Whether it was out of necessity or a master stroke by Cuala manager Mattie Kenny,  the late inclusion of Con O’Callaghan in place of regular corner forward Nicky Kenny proved instrumental as Cuala easily advanced this afternoon, and will now play St Mullins of Carlow in the Leinster Semi Final on November 20th.

The Dublin Senior footballer decided today he wasn’t just happy being an All Ireland winner with four sublime goals that took the sting out Borris-Kilcotton’s tail in Parnell Park this afternoon.

With the faithful Cuala fans in their usual rip roaring voice, the boys in red took absolutely no time to stamp their authority on this championship tie. By the 7th minute, thanks to David Treacy, Colm Cronin, and of course O’Callaghan, the Dublin champs were leading 1-04 to 0-00 as Borris-Kilcotton tried and failed to get going. Danny Fitzpatrick finally opened their account a minute later with a sweet long range effort only for Cuala to run right down their throats again with O’Callaghan converting his second green flag of the day. 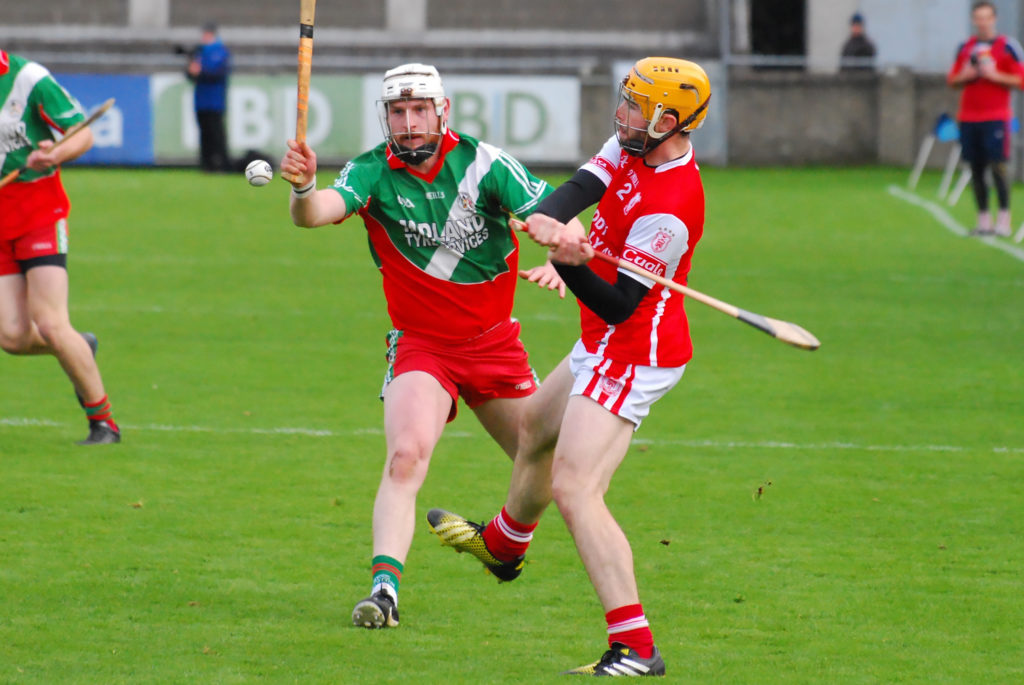 Despite Borris continuing to push hard at the Cuala defence,  a PJ Skully free and one from play from Neil Foyle had the hope of the Laois champions footing a resurgence, David Treacy and Cian Waldron had other ideas as Cuala relentlessly pushed their lead further out, and with eight minutes to go before the break, the Dalkey boys were 0-13 clear and not looking in any danger.

Patrick Whelan sent a high ball over the bar from around the 45′ and Skully converted another free for Borris to keep the board ticking. But with the break looming, O’Callaghan again delivered another sucker punch, and his hat trick sending Cuala into the dressing room leading 3-11 to 0-06.

PJ Skully started proceedings in the 2nd half with another free, only for Cuala to duly answer with Cian Waldron and David Treacy pushing ahead again. Joe Campion, Aaron Dunphy and Danny Fitzpatrick got the Borris tally up to 0-10 by a third of the half, but Con O’Callaghan struck goal again, losing the ball twice but still managing to regain possession and slot it home. 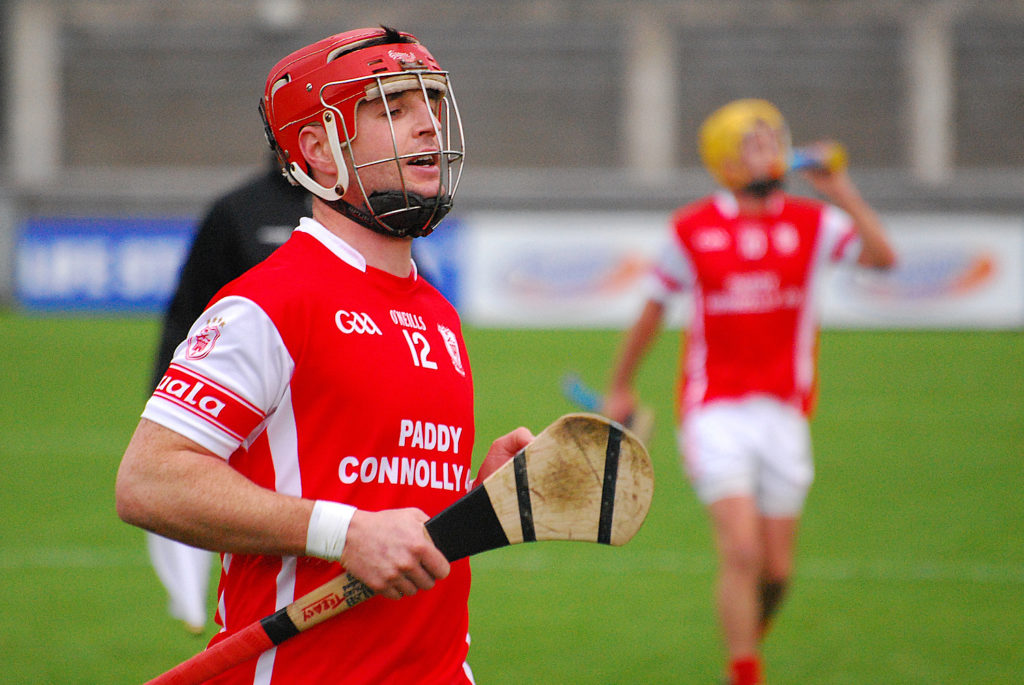 From there it was pedestrian for Cuala, with Mattie Kenny replacing key players to allow his bench to get some game time. Foyle and Skully picked off some points for the Laois men and Paddy Whelan even managed to get the ball into the Cuala net for a controversial goal that needed deliberation from referee Paud O’Dwyer and both the umpires before the flag was raised.

Today belonged to Con O’Callaghan and Cuala for their emphatic performance. They dominated almost all of today’s exchanges and will be confident facing the Carlow champions in two weeks time.