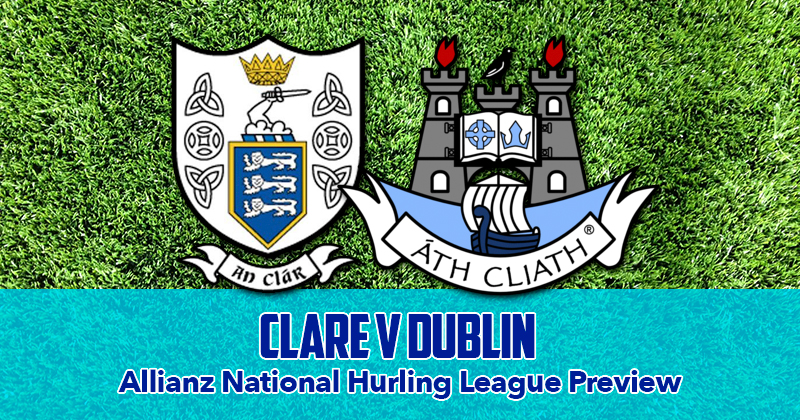 Cusack Park in Ennis is the venue for tomorrow’s Division 1A Relegation Play Off in the Allianz National Hurling League between Dublin and Clare.

For both sides, retaining their Division 1A status for another year is a priceless commodity, and one neither will want to give up.

Only three weeks ago, 2 points separated these sides at full time in the same venue, with Clare sneaking the victory. And tomorrow the contest is expected to be as tight, one more time.

Dublin last suffered relegation back in 2012 at the hands of Galway, but immediately returned to the top flight a year later, beating Limerick by a solitary point. In 2014 they avoided the drop by beating Waterford. It was a semi final place for the Dubs the following year but were beaten for a final spot by Cork. And last year Limerick sent them home at the quarter final stage.

This year has had more downs then ups. But a spirited Round 2 victory over Cork following an embarrassing defeat to Tipperary on the opening day gave Dublin hurling fans some hope. And despite losses in the remaining fixtures against Waterford, Clare and Kilkenny, the Dublin side have shown strength and character.

Tomorrow sees the return of their Cuala contingent following their All Ireland success, and this will add a different dynamic to the team that lost to Clare in Round 4. Domhnall Burke has kept the scoreboard ticking over all year but with the return of David Treacy, this could make for interesting viewing. It also, and for the first time, gives Ger Cunningham options.

Clare only returned to Division 1A this year and are already staring at the exit sign. A huge win against Kilkenny, sandwiched between defeats to Cork and Tipperary have exposed the gaps in their consistency. And despite snatching a victory over Dublin, it was quickly followed by another defeat, this time at the hands of Waterford. With Kilkenny beating Dublin last week, this only confirmed Clare’s faith.

But tomorrow is a brand new challenge for both sides, neither of whom will leave anything on the grass in Cusack Park. Can Dublin send Clare back to Division 1B? Or will Clare retain their 1A status for another year?