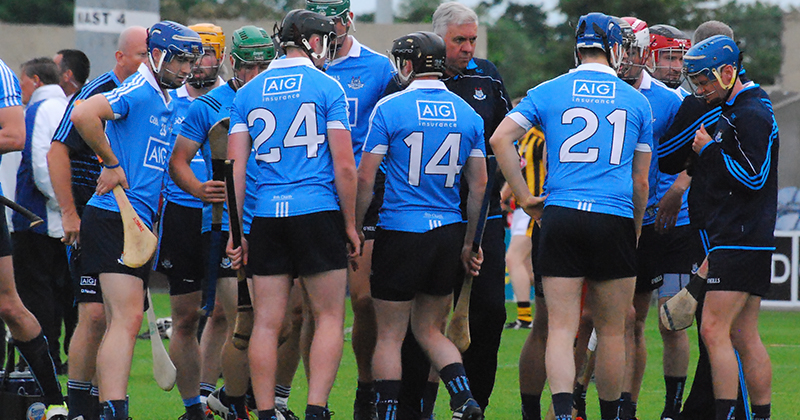 Another bad day for Ger Cunningham this afternoon in Ennis as Dublin suffered their third League defeat to Clare, despite leading for a good part of today’s proceedings. Clare outscored Dublin by 0-09 to 0-02 in the final 25 minutes to win the tie by 0-02.

After Niall McMorrow opened Dublin’s account, Clare responded quickly as Fitzgerald, Reidy and Galvin all sent scores over. An immense Liam Rushe score was cancelled out by a Reidy free and Donal Burke closed the gap to 0-01 with his first free of the game.

Another couple of scores were exchanged before the Clare defence hesitated and allowed Ryan O’Dwyer sneak in for a goal on 19 minutes putting Dublin 0-02 clear and in the driving seat with the wind at their backs.

Following the break, a more confident Clare got their account re-opened with three scores from Reidy (2) and corner back Morey to close the gap back to 0-02. But Dublin again responded well and Ben Quinn, Chris Crummey and Eamon Dillon stretched the lead out once again.

Sadly for the Dubs the momentum started to waver and Clare took control of the game. Shanahan, Reidy (2), McInerney and Morley levelled the game over a 13 minute spell with plenty of time to go.

Chris Bennett sent a very tough free over only to have Jason McCarthy cancel it out and with five minutes of normal time remaining a David Reidy free finally gave Clare the lead back. Another free from Chris Bennett kept Dublin in the game but a point from Aaron Cunningham and another from Ian Galvin in additional time was enough to snatch victory from Dublin, giving Clare a valuable two league points.

Dublin now sit bottom of the Division 1A table with the two points they earned from their victory over Cork in Round 2. They’ll need a win over Kilkenny in two weeks, plus results from other games to fall in their favour if they are to avoid a relegation play off.