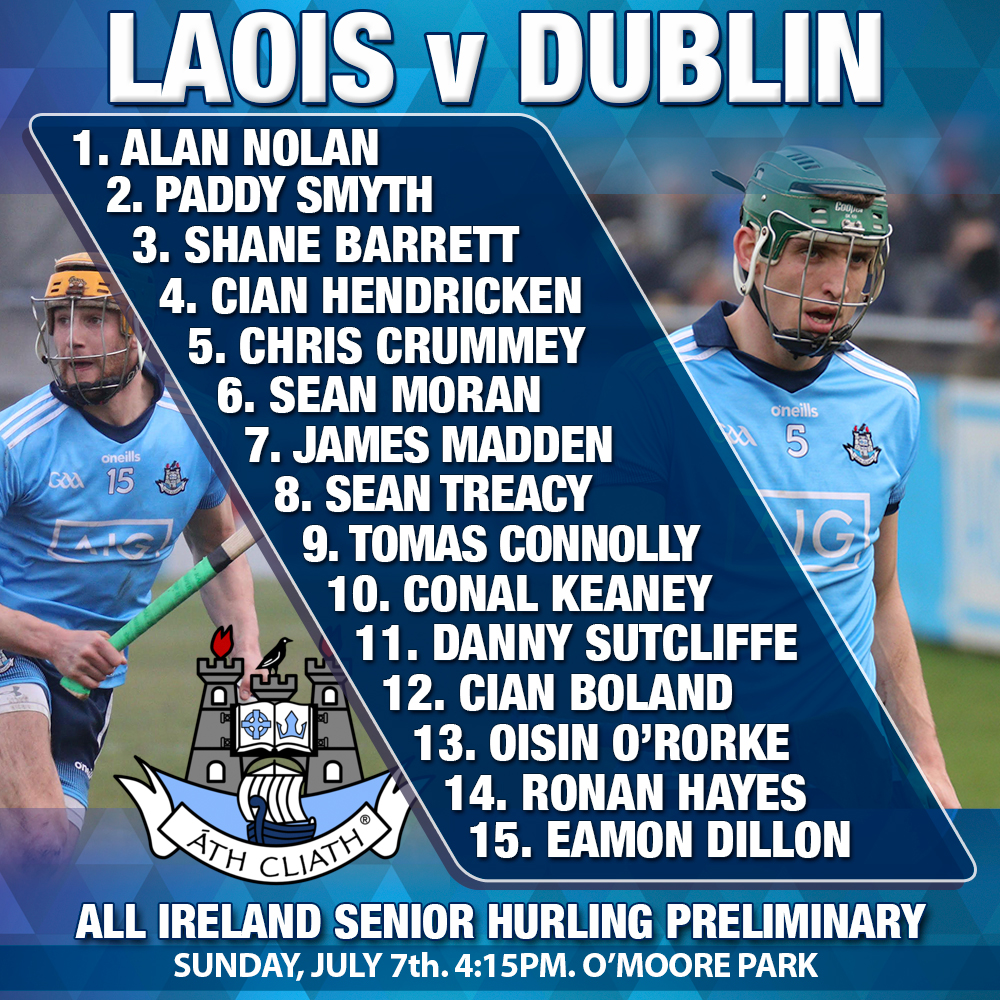 It was 2017 the last time the Dublin Senior Hurling panel and Laois clashed in the All Ireland Hurling Championship. That day, under Ger Cunningham, the Dubs were 2-28 to 1-15 victors in Parnell Park.

This season they’ve met twice, in the Walsh Cup and National League, and on both occasions the scoreline was a lot closer that 2017. Only two points seperated the sides in both games with Dublin edging the fixtures.

Since then both teams have been ascending in their respective championships. Dublin in Leinster and Laois in the Joe McDonagh Cup.

In their four Leinster round games Dublin beat Carlow and Galway, drew against Wexford, making up for their loss to Kilkenny on the opening day.

Laois successfully secured the Joe McDonagh Cup, winning four and drawing one game, including their final win over Westmeath last week. A Leinster Championship spot is secured for next year and they’ll be ready for tomorrow’s visit by Dublin.

Mattie Kenny has made two changes to tomorrow’s starting 15 from the side that lined out in their memorable victory over Galway.

With Eoghan O’Donnell not reaching full fitness, James Madden comes into the starting 15, with Shane Barrett moving to Full Back.

Kenny Looking Forward To Step Up For Dublin Hurlers

VIDEO: Wins for St. Vincents And Cuala In The Dublin Senior...