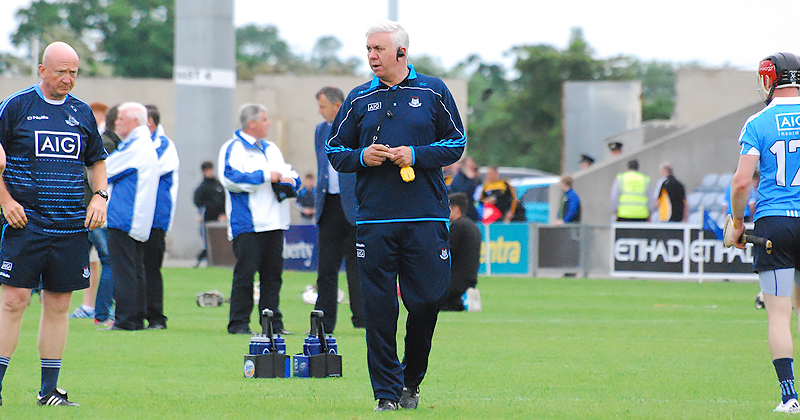 Last night in Parnell Park, Dublin’s Senior hurling panel, albeit a very different looking outfit, successfully saw off the first challenge of the year, beating Carlow 2-17 to 1-13 in the opening round of this year’s Walsh Cup competition.

It would have been Ger Cunningham’s goal to get the year off on the right foot considering the selection headache he’s faced since the close of the season last year. And also try and retain the Walsh Cup, Dublin’s only silverware from 2016.

Once again this year, a number of key panel members have stepped away, and some were surplus to requirements, leaving the Cork native to fish deep into the well of hurling talent in the county.

Shane Durkin and Peter Kelly decided to opt out from 2017. And of course Danny Sutcliffe had already removed himself so he could travel.

Add to that any members of the current Cuala panel still involved in All Ireland Club action, a small amount of injuries, and of course any players tied to their college teams for the Walsh Cup, you’re left with a gaping hole to be filled.

So the Dublin boss is using this time as an opportunity for other fringe players and new faces to step up and show their ambitions for a spot on the team.

Speaking to RTÉ Sport after last night’s game Cunningham said “There are guys who are no longer part of it and guys who want to come in and stake their claim”.

“It’s changing times, but that doesn’t stop us from being competitive and going out to try and win every game”.

Last night the Dublin boss looked on as Donal Burke, Donie Fox, Ben and Alex Quinn, and many others stepped up to the mark and showed their teeth against a very competitive Carlow side, now led by former Tipperary star Colm Bonnar, who Ger credited post game.

“They gave us a very good game and were tough and physical.”

”That’s what Colm Bonnar brings to the whole table, they’ll be well organised.”

Dublin will look to improve on their National League form from last year. And like last year they’ll face Tipperary and Kilkenny in the opening and closing rounds, their only two losses in Division 1A in 2016. These encounters, played in Croke Park and Parnell Park respectively, could prove vital in their League Campaign.

“Our ambition is to compete strongly in the Allianz League. We have a very tough opening game against Tipperary on the 11 February at Croke Park.”

For now it’s down to monitoring and blooding new hurlers to fill some big shoes that have been left in the locker room.

WALKOVER FOR U17s IN ALL IRELAND SEMI FINAL