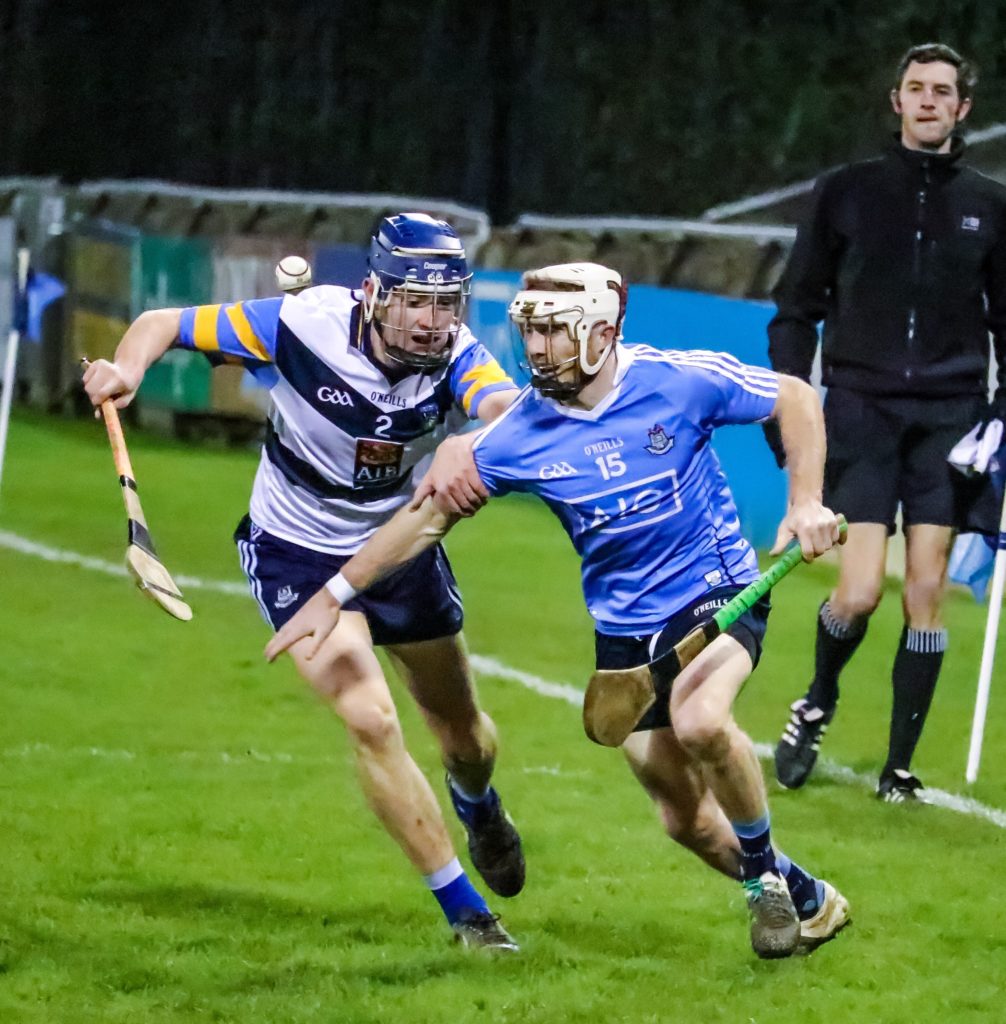 Burke who won a Leinster minor title last year with Dublin ended the night as the Sky Blues top scorer with an impressive 1-10.

Last nights victory sees holders Dublin in a strong position to reach the semi-finals of this years competition. But it took them a little while to settle into last nights game and UCD took full advantage racing into a 0-05 to 0-02 lead inside the opening twelve minutes, their points coming from DJ Foran with four and the other from Oisin O’Rorke. Dublin’s replies coming from a brace of Donal Burke frees. 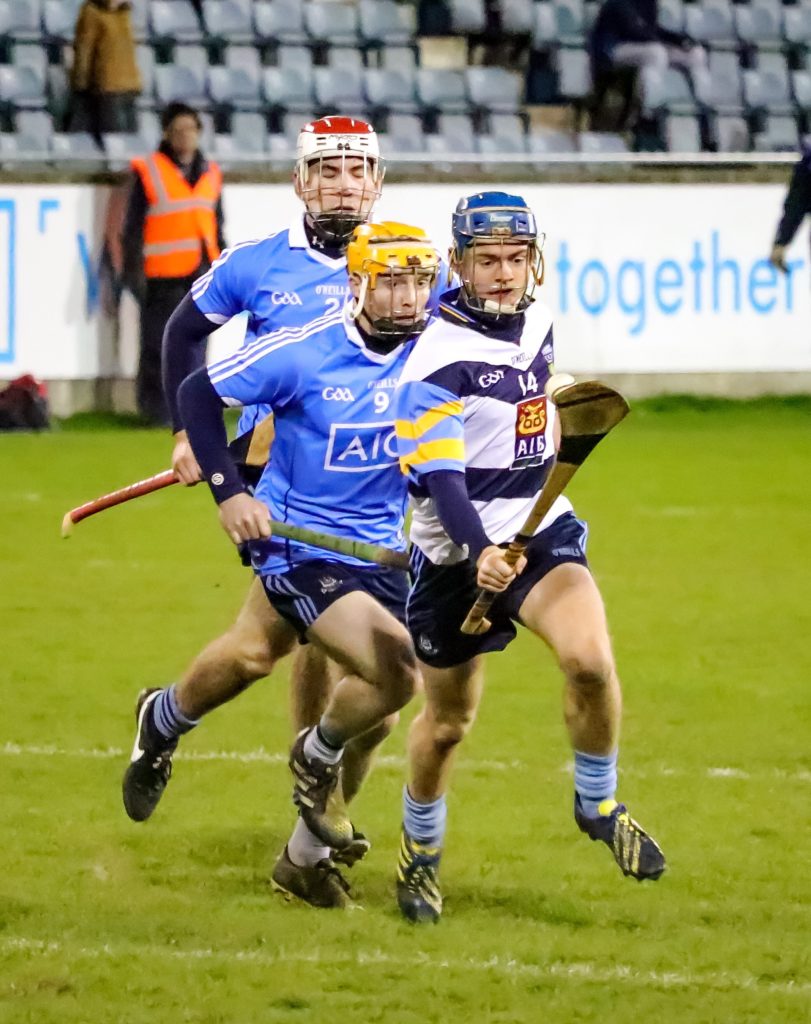 UCD finally stemmed the one way traffic with a Cian MacGabhan, but Donal Burke showed he was as accurate from open play as he was from Free’s with two well taken points in as many minutes.

The sides swapped two points apiece DJ Foran and Padraig Guinan hit fine scores for the students, but they were canceled out by a monster of a point from distance from the impressive Chris Crummey and yet another pinpoint accurate free from Donal Burke. 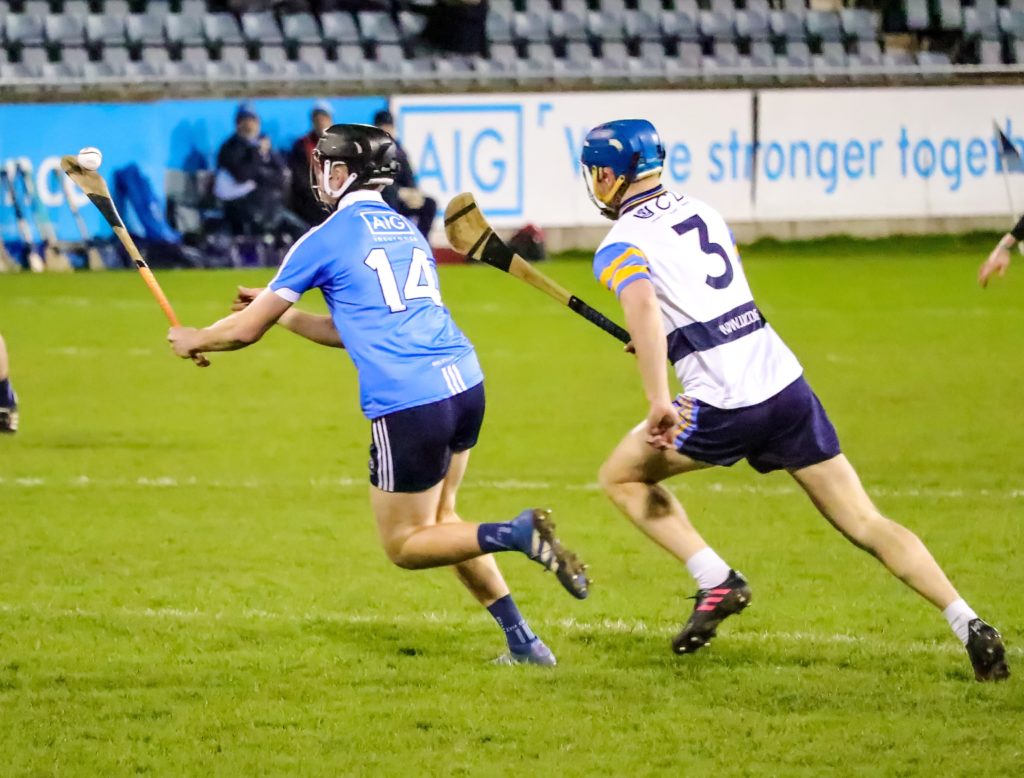 A minute later and an excellent finish to the back of the UCD net from Cian O’Sullivan cemented Ger Cunnigham’s men first half superiority. In fairness to UCD they weren’t about to roll over and out scored Dublin three points to two in the closing five minutes. Their points came from Padraig Guinan from open play and a brace of DJ Foran frees.

Dublin replied with a third point of the half from Niall McMorrow and just before the short whistle Alex Quinn got his name on the scoresheet to leave the Dubs ahead by seven points at the break with the score 1-15 to 0-11.

The second half was an entertaining and competitive affair which yielded twenty two scores between the sides. Dublin stretched their lead two minutes into the half with a fine Alex Quinn point. Oisin O’Rorke replied for the students but that was quickly cancelled by another score from Donal Burke. 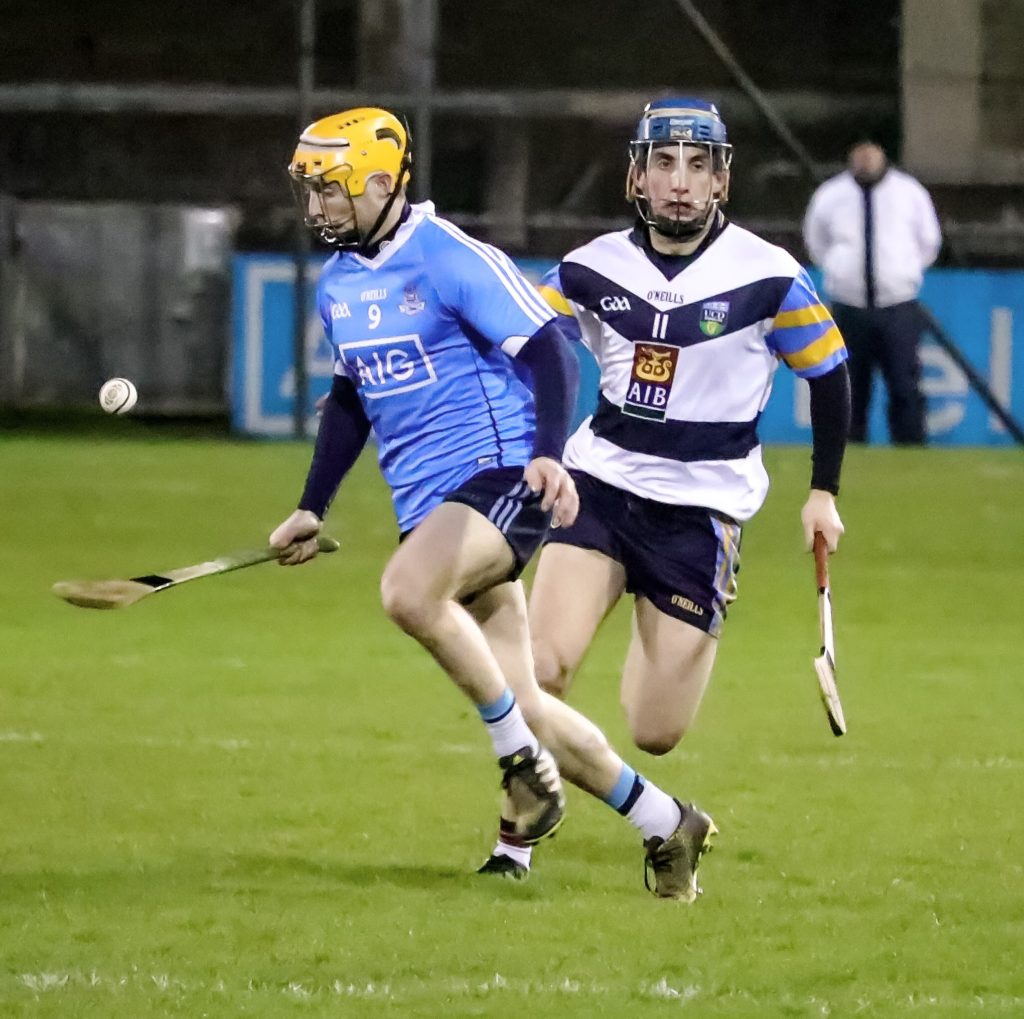 The Belfield outfit then hit a purple patch and hit three points in a row Oisin O’Rorke and Daragh Dolan from open play and a DJ Foran free. Dublin though quickly snuffed out any inkling of a comeback with points from Fergal Whitely and Ben Quinn.

UCD were causing some problems for Dublin going forward and two quick frees from DJ Foran, but Dublin’s young side were determined to keep the students at arms length and three quick points from Caolan Conway with two and Alex Quinn with the other did just that.

UCD though would just not go quietly and a DJ Foran free was quickly followed by an excellent point from Daragh Dolan to once again eat into the Dublin lead.

Ger Cunnigham’s men put the game to bed in a five minute spell between the twenty fifth and thirtieth minute hitting 1-03 without reply. Donal Burke and Ben Quinn hit a point apiece and then substitute Sean Ó Riain was hauled down in the square and Donal Burke expertly dispatched the resultant penalty.

That was game, set and match but UCD battled on gamely and hit two points in a row, a free scored by Oisin O’Rorke and a score from open play by Daragh Dolan. But it was fittingly left to the Dubs to finish off the scoring with a point from Fionntain McGibb to seal a deserving eleven point victory for the men in Sky Blue. 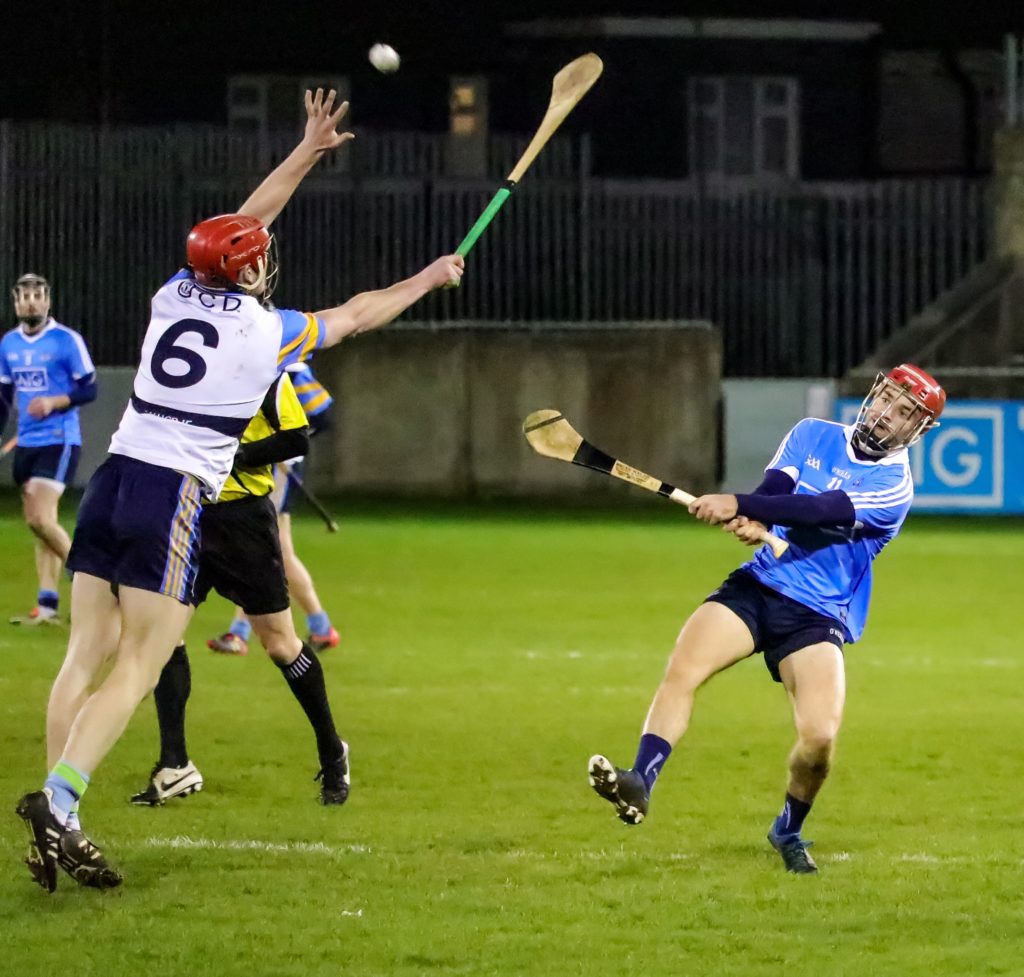 Next up for Ger Cunnigham’s men is a trip to Wexford next Thursday evening to take on Davy Fitzgerald’s side for a place in the semi-finals. 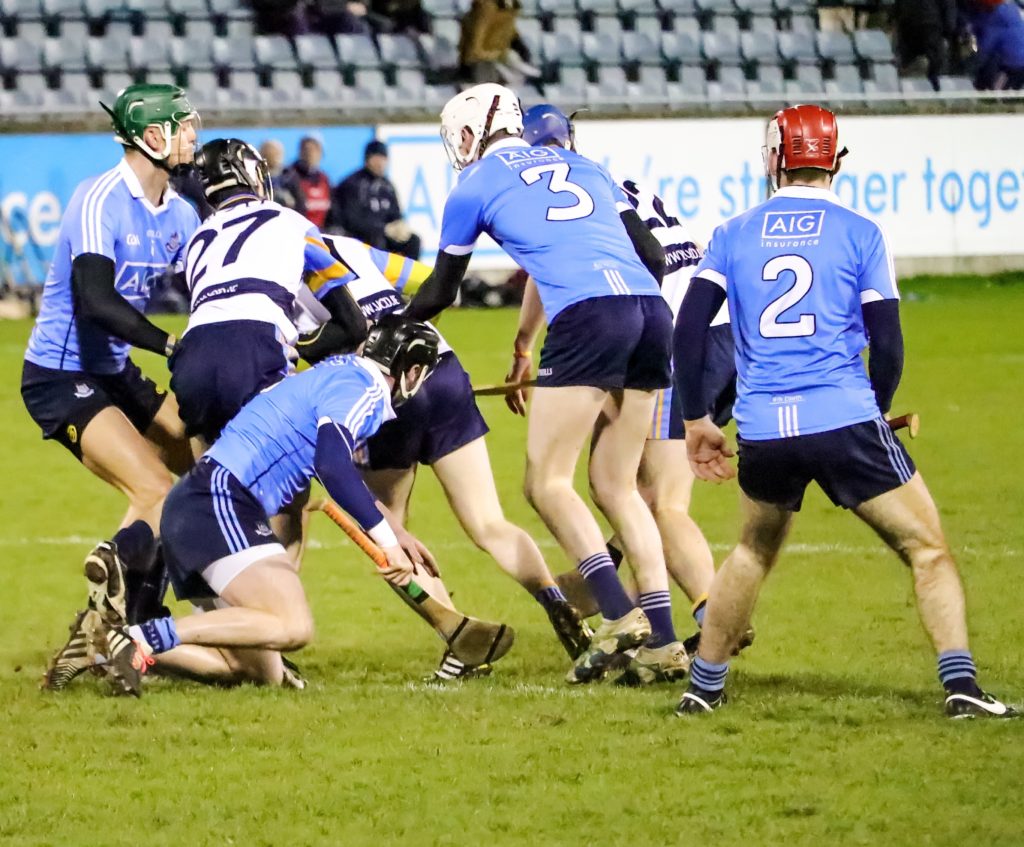 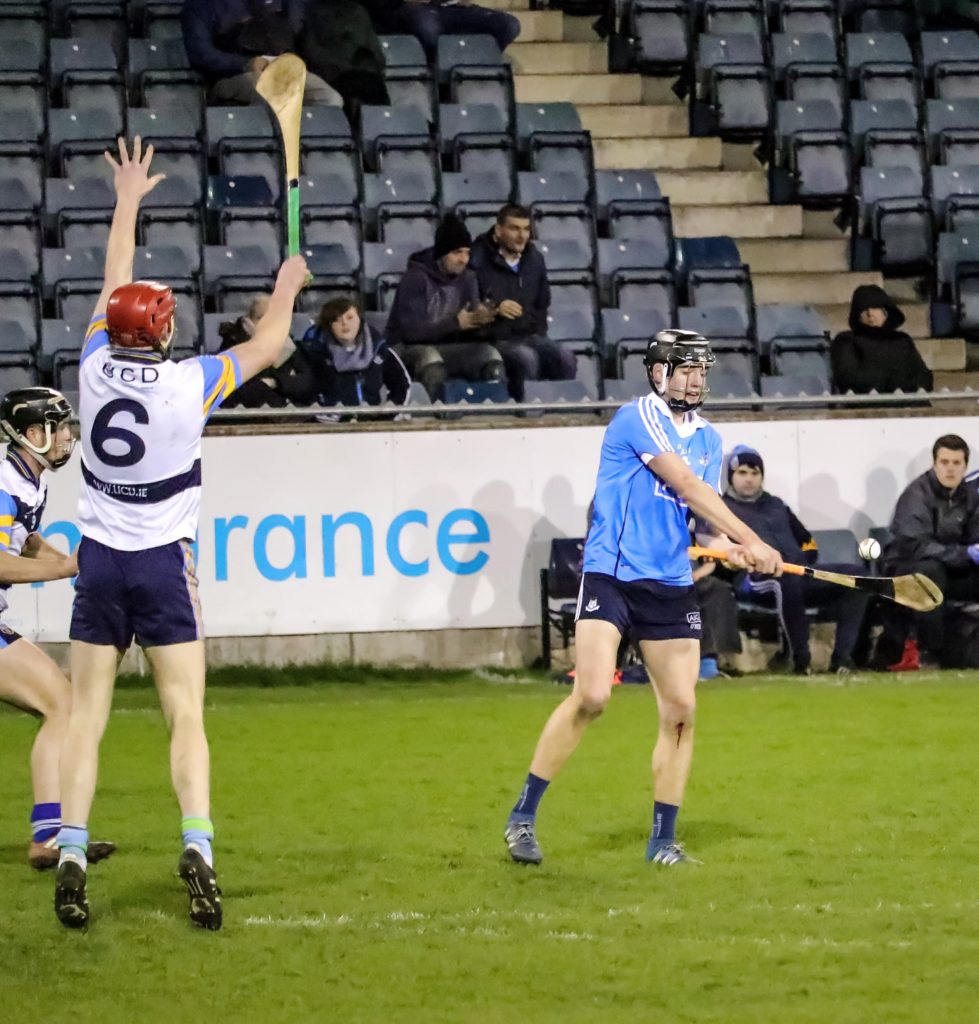 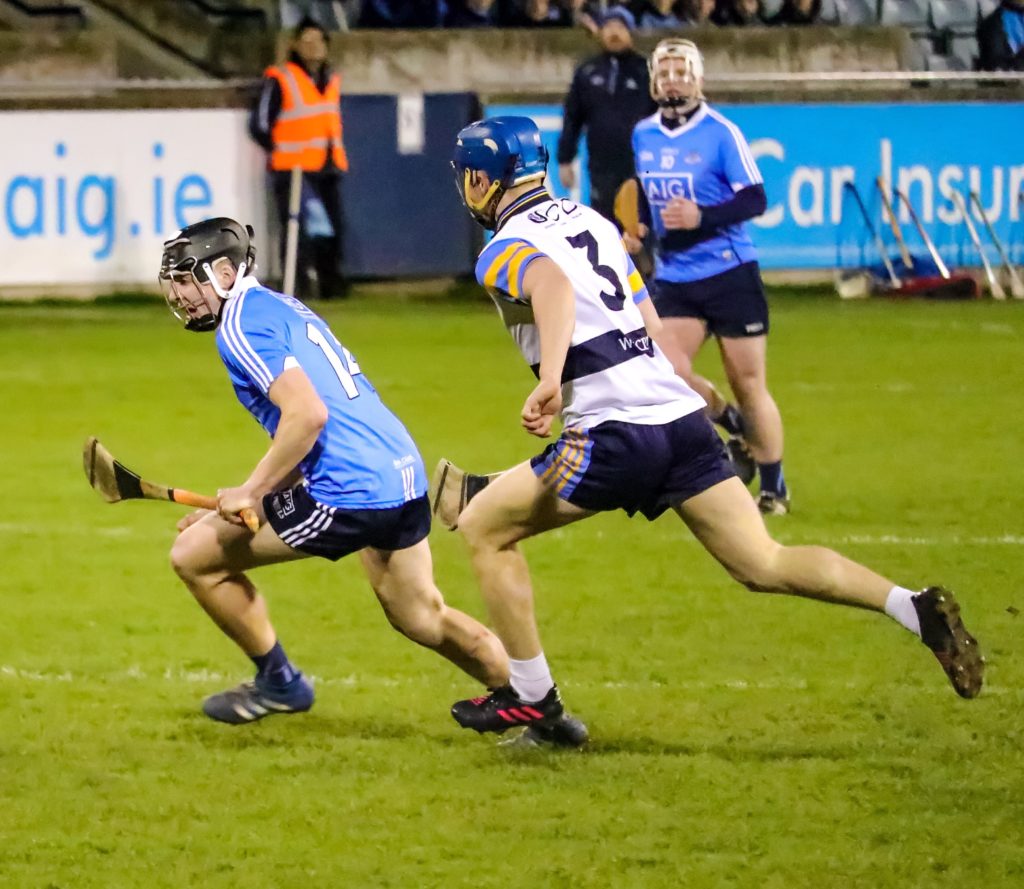