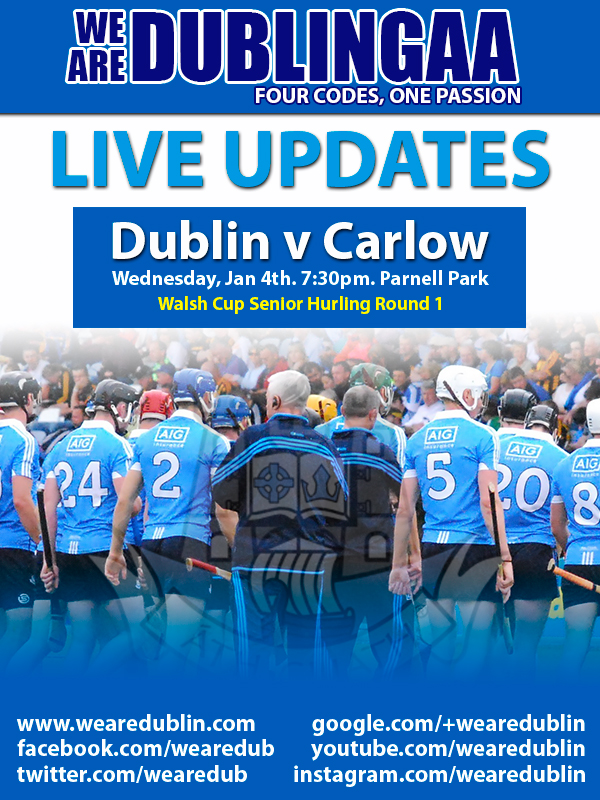 Tonight will see Ger Cunningham’s Dublin hurlers begin the defence of their Walsh Cup title as they face Carlow in the opening round. Parnell Park will be the venue and hurling fans will be traveling to have a look at the panel that runs out.

There are a total of 23 players unavailable for various reason. Dotsy O’Callaghan is still injured, Ryan O’Dwyer is currently on honeymoon, and of course all eight members of the Cuala panel are excluded as they continue their preparations for their All Ireland Semi Final encounter with Slaughtneil of Derry next Month.

For anyone that can’t make the game tonight, don’t worry. We’ll have live updates from throw in at 7:30pm with score by score information on www.twitter.com/wearedub and of course well have a full match report and analysis right here and on www.facebook.com/wearedub.

DOTSY NOT READY TO QUIT JUST YET

The RTE Championship Promo Is Amazing, And We LOVE It!