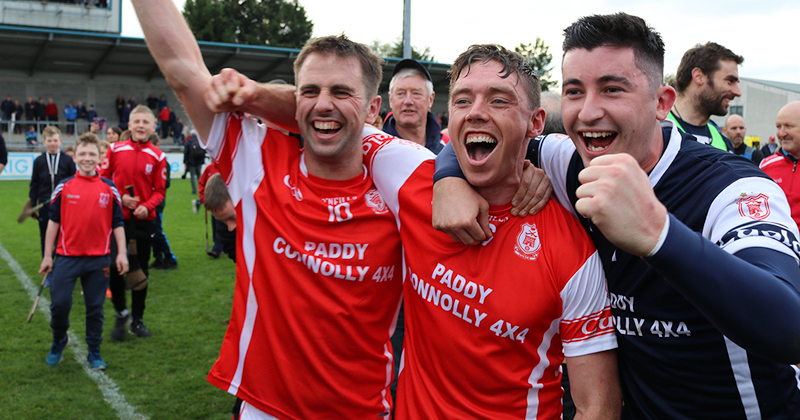 While there’s not much between the two competitors in this year’s AIB Leinster Senior Hurling Championship Final, many believe Dublin County Champions Cuala might just steel it at the second time of asking.

It was indeed heartache last years, with two goals separating the Dalkey side and winners Oulart-The Ballagh on November 29th. But with the reigning champions dethroned by O’Loughlin Gaels in the Semi Finals, the competition has been thrown wide open.

Fortunately that defeat last year has done nothing to stop Cuala’s momentum as we’ve seen right through this year’s championship. If anything it’s made them more prepared and battle hardened. And next weekend they’ll need to be, facing the Kilkenny Champions in their toughest challenge yet at O’Moore Park, Portlaoise.

While O’Loughlins have lifted the provincial title twice (2003 and 2010), this is uncharted territory for the Dublin Champions, and if they’re successful they’ll join Crumlin as the only other Dublin side to win a Leinster Senior Hurling honour. Ans this is only Cuala’s third provincial final appearance.

For O’Loughlin Gaels its two wins in two appearances so anyone would think the Kilkenny champs would be favourites going into the game.

But the odds are slightly shorter for the Dublin Champs at 8/11 with O’Loughlins at 5/4. And Paddy Power are also offering odds of 8/1 for a draw between these two sides which is quite the bet, if that’s your thing.

Cuala boss Mattie Kenny, has not underestimated any opponent either this year or last year, and that definitely won’t change on December 4th.

“Obviously, O’Loughlins are going to bring a huge challenge.” he told Official Dublin GAA after Cuala’s win over St. Mullins in their recent Semi Final.

“They’re Kilkenny champions. They’ve form in the All-Ireland series before … they’re going to be a serious challenge and we’re not underestimating what’s coming down the tracks.”

ELECTRIC IRELAND & MICHEAL O’MUIRCHEARTAIGH CELEBRATE THE CREATION OF THE FIRST...