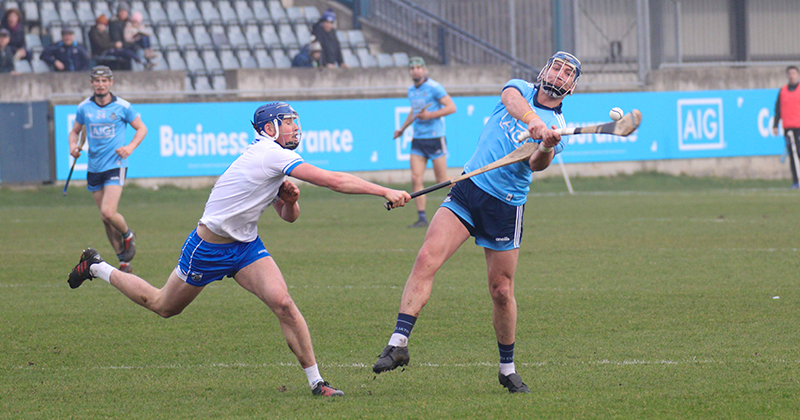 With a massive crowd descending on Parnell Park last week to see Dublin win a fantastic contest over Waterford, the boys in blue will be hoping for a similar audience and a similar outcome this afternoon as they face Laois in their final hurling league round game. Mattie Kenny’s side have already secured their Quarter Final slot in this year’s competition and today’s results in Division 1A and 1B will decide the pairings in the last eight.

The Dubs have seen off Carlow, Offaly and Waterford in the league, with their only defeat at the hands of Galway. And they’re currently sitting on level points in the table with the Deise. Waterford face a tough fixture with league leaders Galway this afternoon, and Dublin could end up in second position if they beat Laois and Galway win that fixture. So it’s all to play for.

Limerick are currently sitting top of Division 1A, but with Wexford, Kilkenny, Cork and Clare all on four points each the table will be an interesting one to see after all today’s action.

Laois can still qualify for a Quarter Final spot if they get a result against Dublin. If they don’t they’ll be hoping Offaly can beat Carlow to stop them taking the last slot.

We’ll be live from  throw in at 2:00pm in Parnell Park, with score by score updates on www.twitter.com/wearedub. And you can find all the post match reports and analysis from the game right here and on www.facebook.com/wearedub.

U20 Hurlers Named for All Ireland Decider With Cork