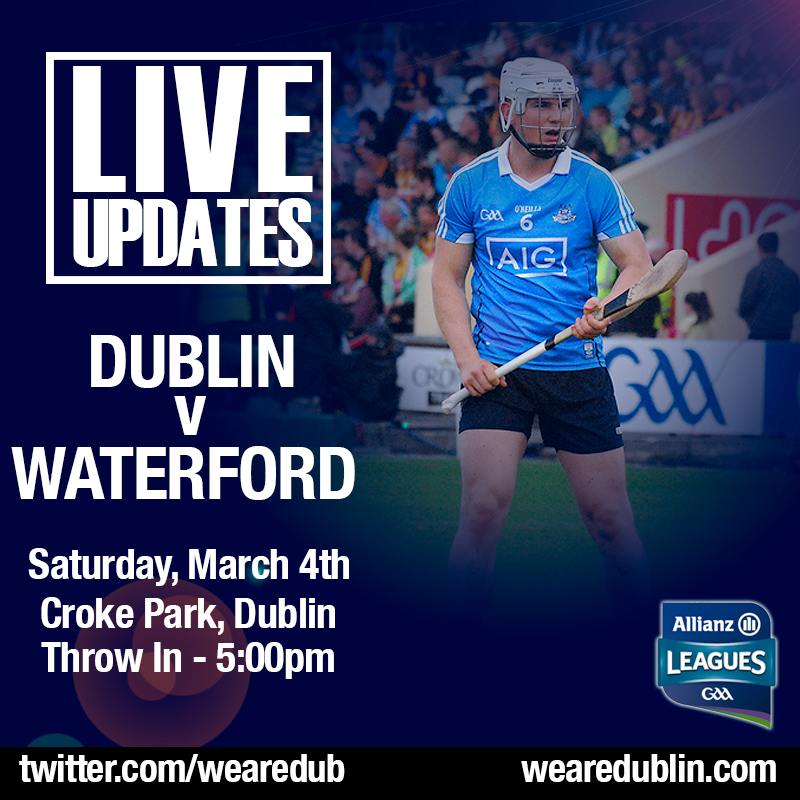 Another Spring Series night in Croke park for Dublin fans and another Double Header of Hurling and Football.

First on tonight’s double bill sees the Dublin Senior Hurlers take on Waterford in Round 3 of the National Hurling League.

Dublin have won one and lost one so far and will be looking to carry through the performance they put in against Cork in Pairc Ui Rinn in the last round. They won comfortably that night, seeing them bounce back after their opening day defeat to Tipperary.

Waterford have had similar form in this year’s league so far. The Deise stole a one point win over Kilkenny on opening day but fell to Tipperary in the last round. So they’ll be coming to Croke Park to settle down their season.

Last year Dublin travelled to Walsh Park and beat Waterford by 0-19 to 0-14 so they’ll be hoping the confines of Croke Park will bring them the same rub of the green.

We’re live from 5:00pm with score by score updates on www.twitter.com/wearedub and we’ll have our usual post match reports and analysis right here and on www.facebook.com/wearedub.