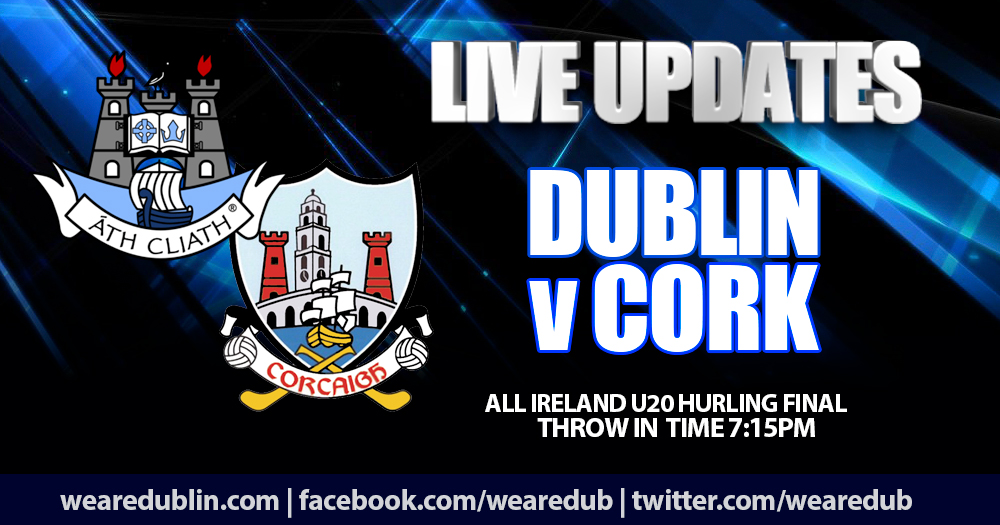 Dublin U20 Hurling Manager Paul O’Brien will be hoping to carry the fighting spirit his side showed in their recent Leinster Final win over Galway into tonight’s huge All Ireland clash with Cork. The U20’s will make the trip to the home of hurling Nowlan Park for the Bord Gais Energy showcase at 7:15pm.

Cork defeated Tipperary in the Munster final just before last Christmas having overcome Kerry and Limerick after extra-time in their earlier games.

O’Brien is confident his Dublin charges can pull another performance out tonight bouyed by their recent provincial success.

“As a group, they are very ambitious and while they were thrilled to win Leinster, they know that there is more work to be done”.

“They want to win things, not just for themselves or for the group, but also for Dublin hurling and I think you could see that determination and desire throughout the match with Galway.

“They worked so hard as a unit that night, from the first whistle to the last, and that is a hallmark of this particular group.

“If you have that work ethic in place, then you’re never going to be too far away in terms of competing at this level and that is what helped us get over the line against Galway.”

“They (Cork) are a strong team, who will go into the game as favourites, just like Galway were, and some of them have been involved with their senior team during the National Hurling League.”

“We have a bunch of lads that are acutely aware of Dublin’s lack of success in terms of winning All-Irelands and they are striving to rectify this.”

We’ll be following all the action this evening at Nowlan Park from the 7:15pm throw in, with live updates on www.twitter.com/wearedub. And you can find all the post match reports and analysis from the game right here and on www.facebook.com/wearedub. And don’t forget you can follow us on www.instagram.com/wearedublingaa as well as Facebook and Twitter.