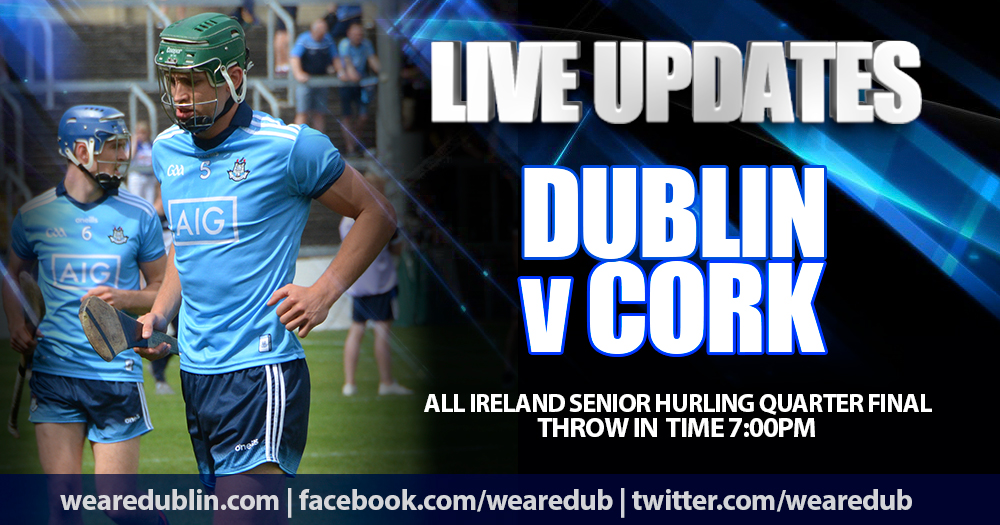 Mattie Kenny’s Dublin Senior Hurlers are tonight in search of their first Championship win over Cork since 1927. Since then the counties have met ten times in All Ireland Hurling  action and Cork have won ten for ten. And tonight they go again. We’ll have live updates from throw in (7:00pm)

If this game was based on form alone you’d have to shade Cork again. This is in no small part because not alone were Dublin stripped of four players due to Covid contact on the morning of the Leinster final, but they were key players, whose absence completely changed the game. Add back in Ronan Hayes and Cian O’Callaghan alone, and they are a lot better equipped to take on the challenge of Cork tonight than they were last time out.

A full strength Dublin would certainly cause Cork a lot of problems. The Rebels found a big performance against Clare and certainly addressed some of the concerns that existed around their attacking play in that contest, but the other side of the equation is that they struggled to shake off a Clare team that has put a lot of miles on the clock in 2021, and who still shot 18 wides over the course of the contest.

We’ll be live from Semple Stadium at 7:00pm this evening following all the action, with live updates on www.twitter.com/wearedub. And you can find all the post match reports and analysis from the game right here and on www.facebook.com/wearedub. And don’t forget you can follow us on www.instagram.com/wearedublingaa as well as Facebook and Twitter.