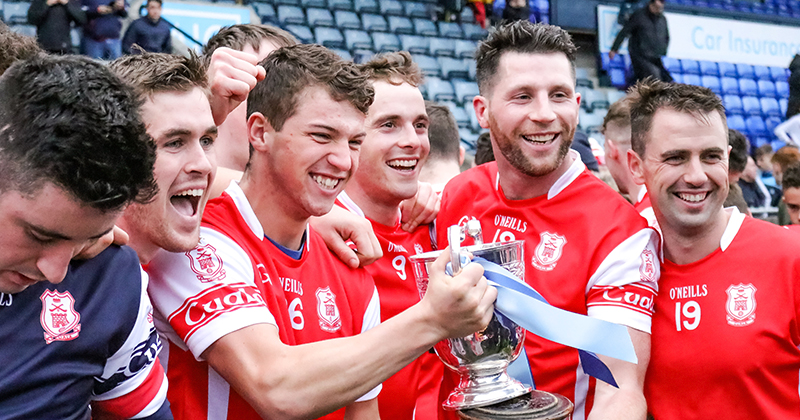 Since his transfer to Cuala from Kerry Club Abbeydorney in 2014, Darragh O’Connell has amassed three Dublin SHC titles, two Leinster titles, an All Ireland medal. This weekend he’ll face Galway club Liam Mellows in the hope of reaching another AIB Championship Final with his adopted Dalkey brotherhood.

It feels like so long ago since the midfielder was making 8 hour round trips, with his own thoughts and the car stereo for entertainment. And despite still having a massive love for his home town, O’Connell believes he made the right choice and ultimately saw his game, and his chances improve ten fold.

Qualifying as a teacher in 2011 the search began to find work. And when he eventually found it at Gaeliscoil na gCloch Liath in Greystones he knew he couldn’t turn it down.

“Work is hard enough to get. You’re happy to get a job,” he explained to the Herald.

O’Connell packed up and moved east in 2012, continuing to travel back home at the weekends to play club and inter county. But the miles added up quickly and he realised he wasn’t giving himself the time to prosper as an athlete.

“You were missing out because lads are training on a Tuesday and Thursday night and especially during the League in January, February and March, you’re missing out on those sessions.”

“You’re not giving the most to the team.”

Once Darragh settled into the Cuala set up, it wasn’t long before an invitation arrived from the Dublin Senior Hurlers. And in three years, O’Connell has become a solid part of both his new club and county. It would be crazy to think that once Cuala finish their current run in the AIB Championship that Darragh won’t be back in favour as part of Pat Gilroy’s plans.

There’s no doubt this weekend poses a new challenge for the reigning All Ireland Champions, and Mattie Kenny’s charges will approach this one in the same way they have all the rest in the past few years.

“You look at Galway hurling and it’s on a real high at the moment. They’re All-Ireland champions. And their clubs teams, their record speaks for itself really.”

“The Galway championship is so difficult to win. You see so many different teams coming out over the last few years. It’s so competitive.”

“We’re going to have to be at he top of our game on Saturday.

“But Mattie and the backroom team, they understand when a break is needed and it’s about judging that making sure that you’re mentally and physically prepared for the game on the day.”

There’s one thing for sure, this weekend, there’ll be a small part of North Kerry #BackingCuala.

Dublin Hurlers Go In Search Of Winning Start And Some Retribution