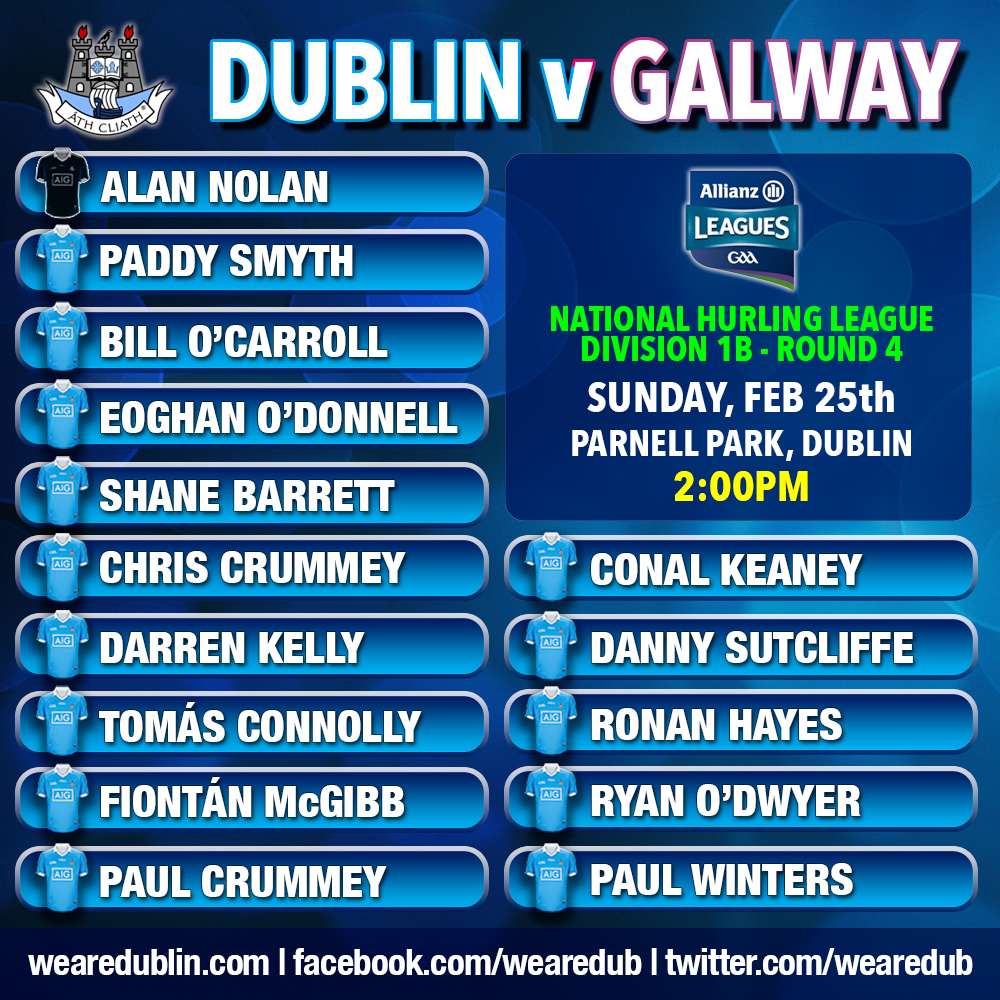 We’re already at the Round 4 mark in this year’s league campaign and Dublin boss Pat Gilroy has made five changes to the starting 15 to face Galway in Sunday’s crucial Division 1B clash in Parnell Park.

DCU’s involvement in Saturday’s Fitzgibbon Cup means a number of players including Donal Burke and Fergal Whitely have not been included in the starting selection.

Veteran Ryan O’Dwyer makes his long awaited return at full-forward while Ronan Hayes, a Leinster Minor Championship winner in 2016, starts at corner-forward following his introduction as a sub in last weekend’s defeat to Limerick in the Gaelic Grounds.

Paul Winters has been named at right full-forward in a different inside forward line from the last day.

The other changes see Paul Crummey and Darren Kelly handed starting roles against the current league and All-Ireland champions.