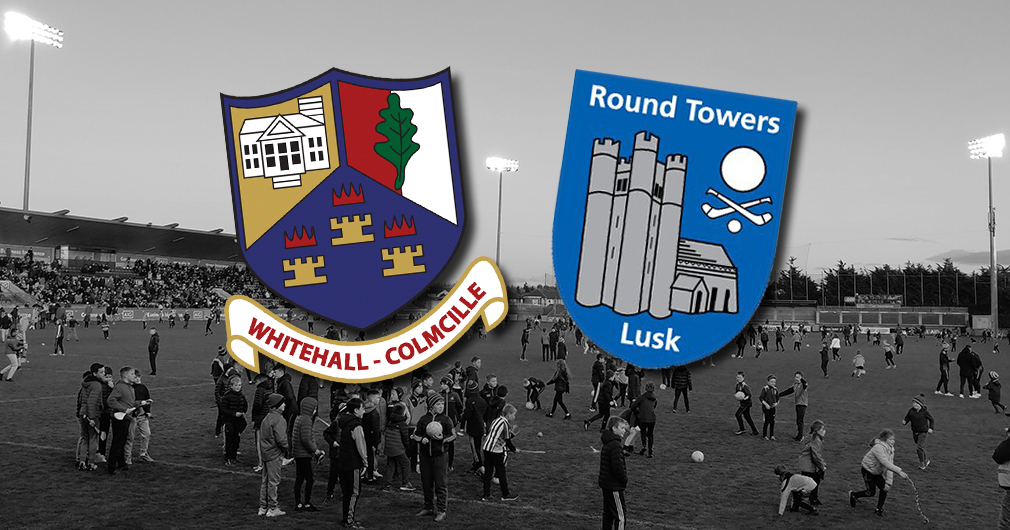 And for Whitehall Colmcille and Round Towers Lusk, the thought’s of promotion to Senior 1 must be a sweet one. You only have to look at how Thomas Davis have navigated their way to the Senior 1 Final this year after promotion from Senior 2 a year ago.

Both sides were in Group 3 of this year’s Senior 2 competition. Towers finished top of the group table with the maximum six points from three games. Whitehall lost to Towers in Round 2 and finished in second position. But in that Round 2 game it was only a goal seperating the sides at full time.

A fourteen point victory over Templeogue saw Whitehall comfortably into the Senior 2 Final. Within thirteen minutes Colmcilles were in the driving seat at 1-06 to 0-0. And it was Dublin forward Cormac Costello who dominated that opening spell scoring 1-04.

Costello’s diversity saw him score a point off either foot. He also converted a free and scored from the sideline. His goal was a neatly finished score from close range in the eight minute.

Some great individual performances by O’Donnell brothers Eoghan, Niall and Enda, and Lee Gannon saw Whitehall lead 1-10 to 0-03 at the break.

Niall Scully restarted for Templeogue with the opening score of the half. But there was no way back for his side with Whitehall doing the damage in the opening half.

It was victory for Towers Lusk over a hotly tipped Cuala in the second Senior 2 Semi Final. one point seperated the side, as Cuala were forced to line out without Dublin Senior Forward Con O’Callaghan, having been injured in their Dublin Senior A Hurling Final victory.

Top scorers for the Lusk side were Cormac Howley (0-06) and Liam Bohan (0-04). Jamie Keenan split the posts seven times for Cuala.

Interestingly, Towers defender Aaron Duffy made the trip to Castlebar immediately after his sides win to appear in the second half of The Underdogs game against the Mayo legends, which Mayo won 3-11 to 0-08. Duffy was previously an Inter County Minor for Dublin in 2016 and played at U21 level in 2017.

VIDEO: 2016 ALL IRELAND FOOTBALL FINAL – BEHIND THE SCENES WITH...

O’DYWER: DUBLIN NOT A GREAT TEAM TILL THEY WIN ALL IRELAND...