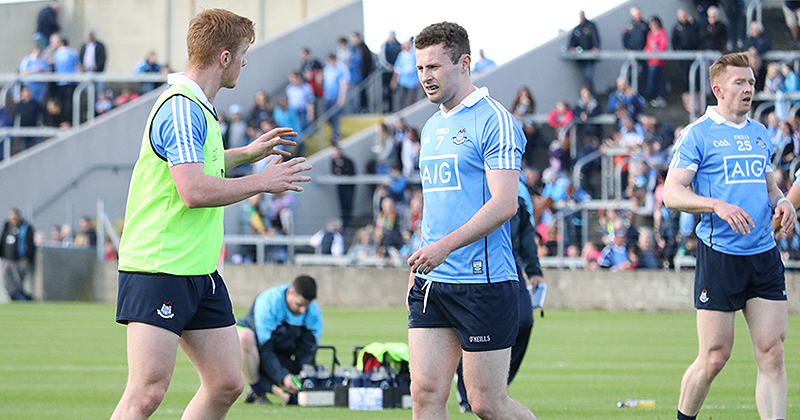 The Christmas decorations are now the only evidence left of the festive season. Many have returned to work, and normality has resumed. And for Football and Hurling Fans in Dublin and beyond, preperations can begin as the 2023 GAA season gets up and running this weekend. We’ll have inter county action in both the Leinster Pre Season competitions; The O’Byrne Cup and Walsh Cup. And of course Kilmacud Crokes will run out one last time at Croke Park for the chance to claim a slot in this year’s All Ireland Senior Football decider.

O’Byrne Cup football returns, with Dublin starting their competition tomorrow night in Baltinglass as they face Wicklow. It’s great challenge for Oisin McConville as he starts life as an Inter County Manager. And as quite a few of Dublin’s core panel competed last year we could see more begin their season tomorrow night. We could well see the returning Jack McCaffrey tog out as he took part on the recent David Hickey Cup in the county.

Dessie Farrells men will have a bye in the second round at the weekend before facing Offaly next Wednesday in the final leg of the round robin section before the competition reaches the knockout phase. Dublin, who beat Laois in last year’s final, are in the only 3 team group in the campaign, affording each team a bye.

Micheál Donoghue and his backroom team set sail on their journey with the Dublin Senior Hurlers as they start the Walsh Cup on Saturday in the safety of Parnell Park as they welcome Antrim. They impressed under Matty Kenny in his final year and put in an incredible shift to claim the Walsh Cup last year, beating Wexford by 2-29 to 0-19 in Croke Park. And many hurling fans will have a close eye on Parnell Park to see the new management team dip their toe in the water.

Another home tie will follow a week later as they welcome Galway, with their last game in the form of a trip to Mullingar to face Westmeath, hopefully having done enough to qualify for the business end.

After shooting the lights out at county level and provincial level, Dublin and Leinster Champions Kilmacud Crokes begin the short journey that will hopefully see them crowned All Ireland Senior Football Champions for the 2022-2023 season.

After lifting the Dublin Senior 1 Football championship, they ran a three hurdle track in Leinster. Seeing off Kildare Champions Naas, and Laois Champions Portarlington, they ended the journey beating The Downs of Westmeath by 1-12 to 0-08 to claim a Leinster Senior Championship Crown.

Sunday they’ll come up against recently crowned Munster Kerins O’Rahilly’s, who were 2-06 to 1-08 winners over Newcastle West in their provincial competition. On the other side of the draw Derry and Ulster Champions Glen will square off against Galway and Connacht Champions Moycullen, all challenging for a spot in this year’s All Ireland Football Final at Croke Park on January 22nd.