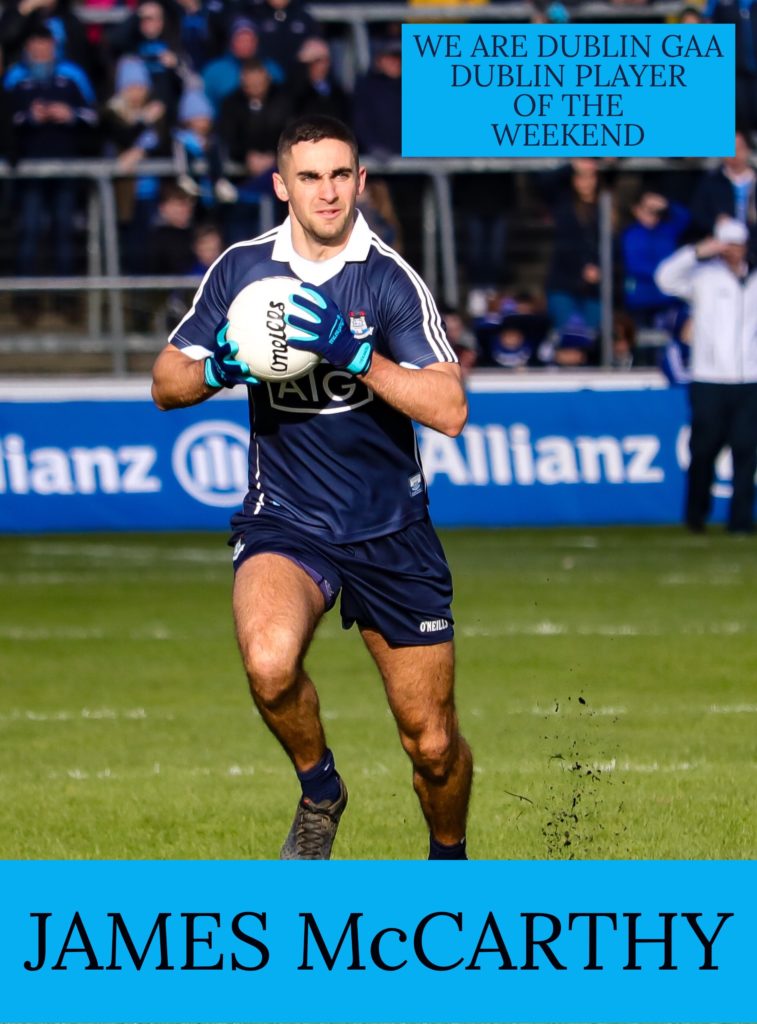 It’s the time of the week again to name the We Are Dublin GAA, Dublin Player Of The Weekend.

For our new followers this is an award we give on a weekly basis to the Dublin player that in our opinion was the standout player from the previous weekends inter-county action.

We had players from Ladies Football, Camogie and Men’s football all up for consideration. And although our choice for the award didn’t get the result he would have wanted last Sunday he was outstanding.

So the winner of this weeks We Are Dublin GAA, Dublin Player Of The Weekend award is JAMES McCARTHY.

The Ballymun Kickhams man was Dublin’s best player in what turned out to be a difficult game and result for Jim Gavin’s team.

Considering it was only McCarthy’s second game back after a lengthy injury layoff, it was some performance. He was up and down the pitch all day, putting in hits, attacking with menace and he tagged on a lovely point twenty minutes into the game.

Even when Dublin were struggling in the early part of the second half particularly in the half back line, it was McCarthy who’s work rate never waned that was closing down the opposition looking to turn over ball and breakout from defence.

He was always the link between defence and attack and was a constant threat to the Kerry defence. It may not have been the result Dublin wanted but with players like James in their ranks it won’t be long before they are back to winning ways.

So congratulations to James McCarthy this weeks deserving winner of the We Are Dublin GAA, Dublin Player Of The Weekend Award.