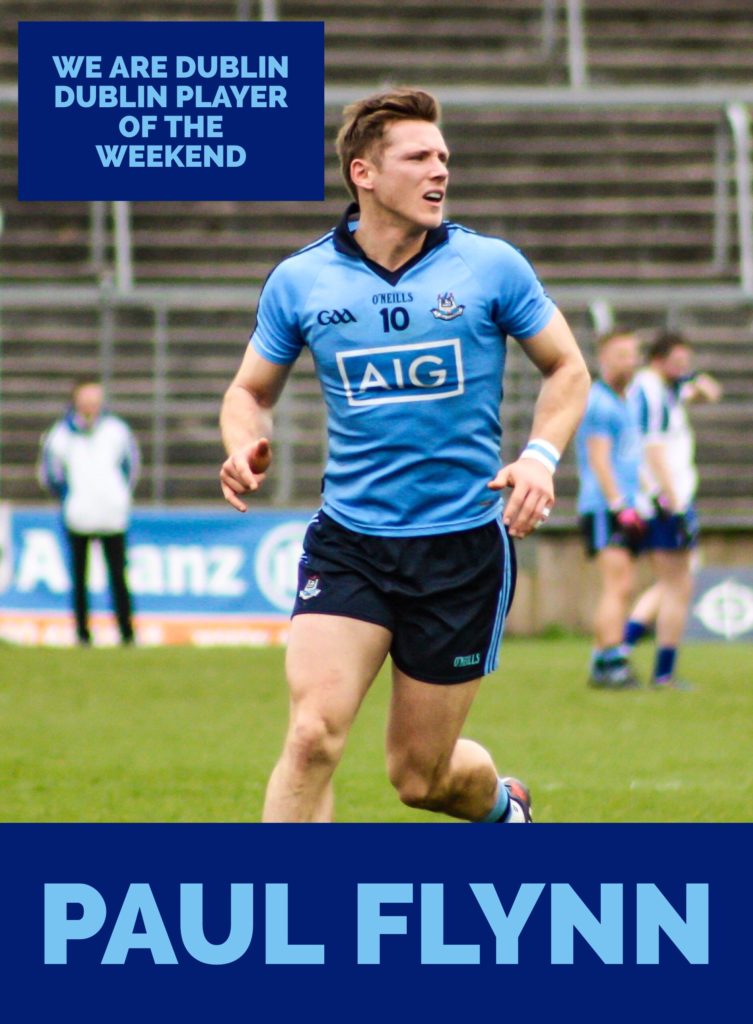 A day later than normal but it’s that time of the week again to name the winner of the We Are Dublin GAA, Dublin Player Of The Weekend.

For any of our new followers this is a weekly award to the Dublin player that we feel was the outstanding player from the previous weekends inter-county action.

There was plenty of action and top notch performances from a number of players across Ladies and Men’s Football and Hurling.

But there really could be only one winner after his scintillating display in Croke Park last Saturday night which included a personal return of 1-06.

So this weeks winner of the We Are Dublin GAA, Dublin Player Of The Weekend is PAUL FLYNN.

The Fingallians club man was just magnificent on Saturday and back to his marauding best.

He finished his goal with aplomb, but it was his point taking that caught the eye with six absolute beauties to cap off one of his best games in a Dublin Jersey.

Flynn was asked to do a different role last season which curtailed his scoring threat somewhat, but if he has been reassigned to his previous All Star winning role, then opposing defences are in for a torrid time for the rest of the season.

So congratulations Paul Flynn without doubt the deserving winner of this weeks We Are Dublin GAA, Dublin Player Of The Weekend Award.