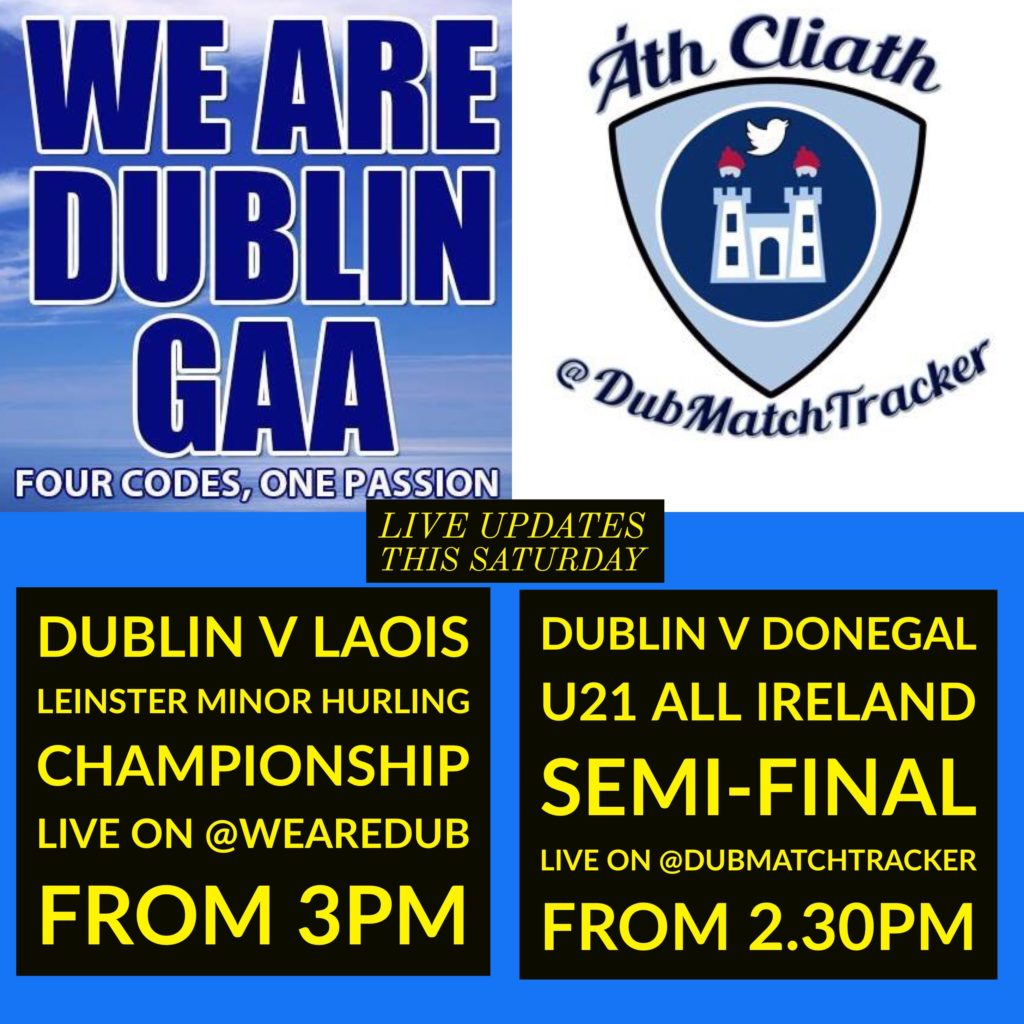 There are two big games coming up on Saturday afternoon involving the Dublin U21 Footballers and the Dublin Minor Hurlers.

With both games being played in two different counties and only a half hour separating each throw-in, supporters have been left with another difficult choice of which game to attend.

With that in mind and to keep Dublin supporters abreast of what is happening in both games we have once again joined forces with @DubMatchTracker to bring you live updates of all the action from both games as it happens.

From 2.30pm on Saturday @DubMatchTracker will be live on Twitter from Breffni Park in Cavan with all the updates from the U21 All Ireland Football Semi-Final clash between Dublin and Donegal.

And from 3pm over on our Twitter account @wearedub we will have live updates from Parnell Park of the Dublin v Laois Leinster Minor Hurling Championship tussle.

So no matter which match you decide to attend or even if you can’t make it to either game you won’t miss a thing from either game.