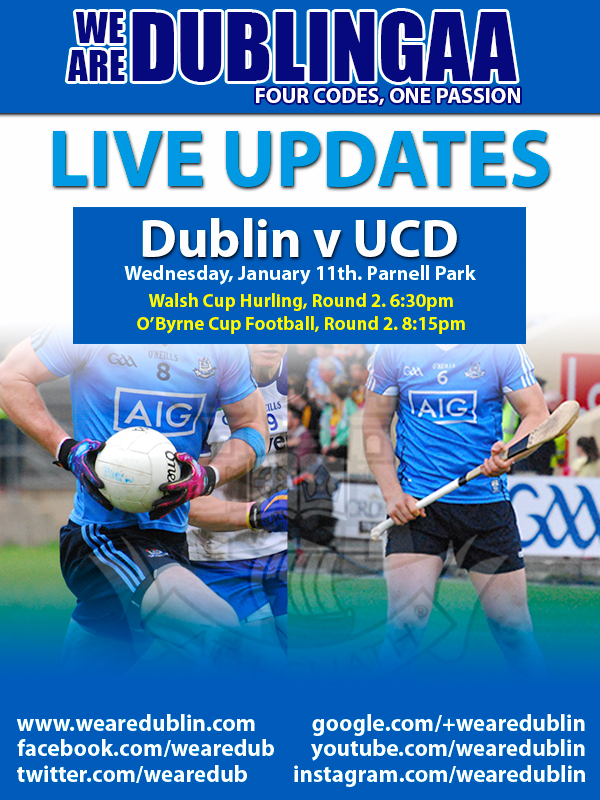 The wind might be swirling over Dublin today but that won’t stop the faithful supporters heading to Parnell Park later tonight for a massive Double Header.

Dublin’s Hurlers and Footballers will face UCD in both the Walsh Cup and the O’Byrne Cup.

Both Ger Cunningham’s panel, and the Dublin Football panel, under the watchful eye of Paul Clarke, made impressive starts in Round 1 with comprehensive victories and wins tonight would almost ensure their path to the knock out stages of the Bord Na Mona Leinster pre-season competitions.

At 6:30pm the Dublin Hurlers will get proceedings underway, followed quickly at 8:15pm by the football section of the evening.

We’ll be live from the first throw in with score by score updates on www.twitter.com/wearedub and you’ll get all the usual post match reaction and reports right here and also on www.facebook.com/wearedub.