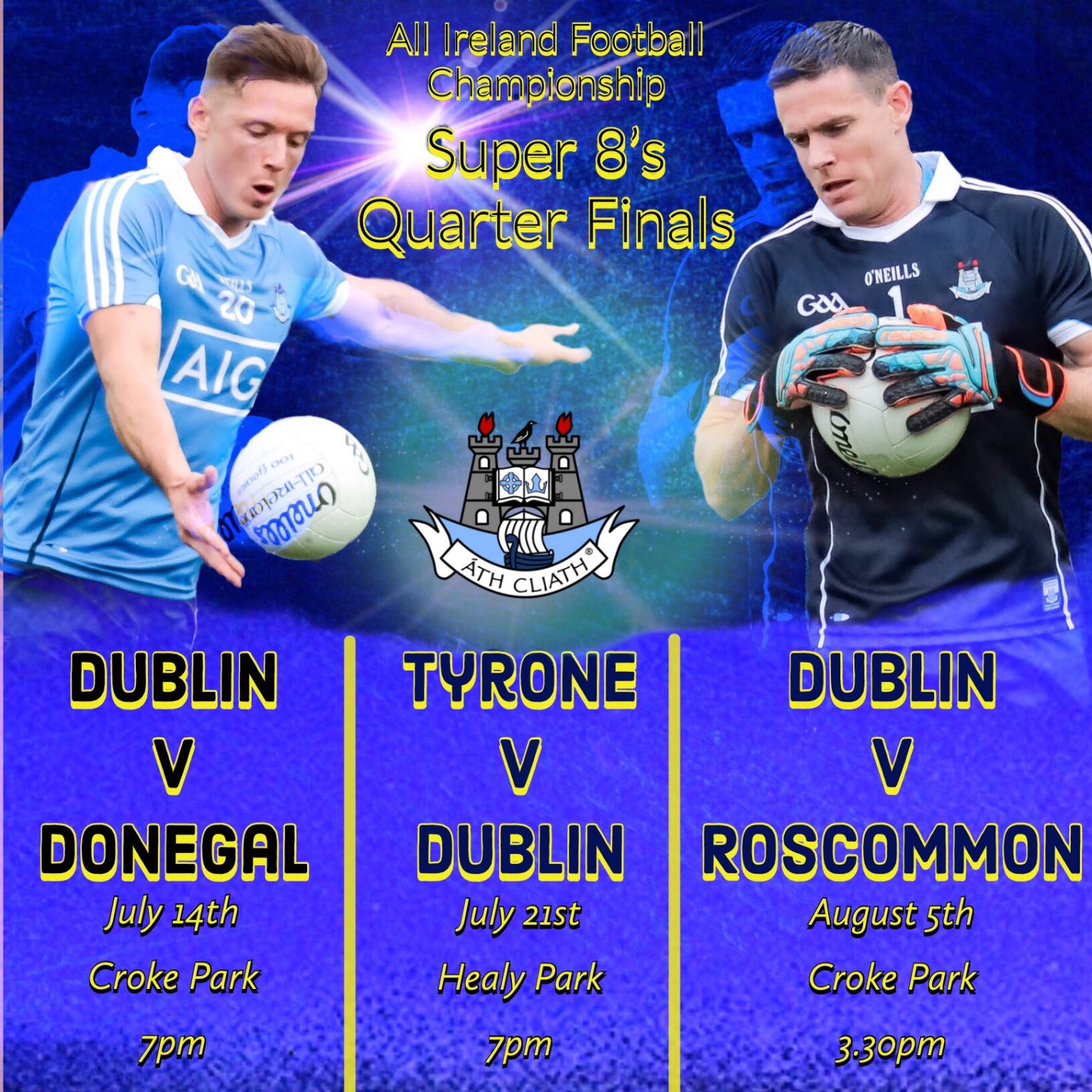 The venues and throw in time for all three of Dublin’s Super 8’s games were finally confirmed today by the GAA.

The inaugural Super 8’s which is on a three year trial period gets underway this weekend with double headers on Saturday and Sunday in Croke Park.

Although the details of those games have been known for a while the GAA confirmed today the details for the round two and round three fixture.

The Super 8’s format replaces the traditional quarter finals, it sees two groups of four with teams playing one home game, one away game and one game in Croke Park.

This weekend is the Croke Park round and the four provincial champions go head to head.

Roscommon against Tyrone will played before the Dublin v Donegal game at 5pm and the curtain raiser on Sunday will be the meeting of Kildare and Monaghan at 2pm.

Dublin’s next game on the 21st of July will be a trip north to Healy Park in Omagh to renew their old rivalry with Tyrone.

And Jim Gavin’s side return to Croke Park on the 5th of August for their ‘home’ fixture against Roscommon.

The fact that Dublin will play two games in Croke Park has garnered plenty of discussion over the last week or so.

Because Dublin play their championship matches in GAA headquarters due to their huge fan base, the choice by the GAA to hold one round in Croke Park has thrown up this anomaly of them playing two rounds of the Super 8’s.

This was known at Congress when the new format was put forward for a vote, which it was overwhelmingly voted in favour of, but now it’s a problem.

It may be something that will need to be looked at ahead of next seasons competition but the solution may not be as easy as some think, but that’s for another day.

At the end of the group stages the top two teams in each group will contest the All Ireland senior football championship semi finals.

In addition to the fixture details the GAA also revealed the details of the Live broadcasts of each game.

RTÉ and Sky Sports will have equal share of this weekends games with Sky showing both of the opening games on each day and RTÉ broadcasting the games involving the four provincial champions.

The following weekend Sky will broadcast both of the games on the Saturday including the Dublin v Tyrone game and RTÉ showing both games live on the Sunday.

And it will be exactly the same for the final group games with Sky showing both of the Saturday games and RTÉ broadcasting the two games on the Sunday including the Dublin v Roscommon game at Croke Park.