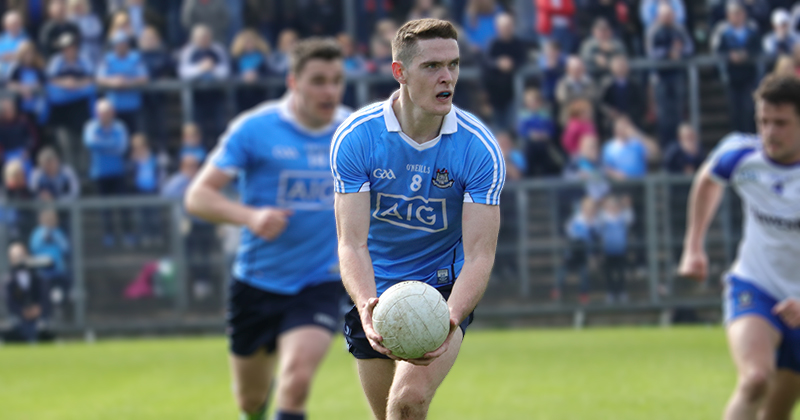 There’s certainly as lot being made recently about the comments of Sunday Independent writer Paul Kimmage, who has criticised Dublin manager Jim Gavin for apparently showing a lack of grace and empathy towards the Mayo team in the wake of the All Ireland Final.

Kimmage has said that Gavin, and some of his players, showed disdain toward the Mayo Players and the people of Mayo with his lack of empathy during his press conference.

But Dublin and Raheny midfielder Brian Fenton believes the criticism is out of order.

Recently, Brian spoke to Jamie Moore on 98FM’s “Now That’s What I Call Sport” and expressed his feelings on the subject.

“I completely disagree, players are thankfully very humble, we’re all about trying to put the jersey in a better place and that’s cliché but that’s what we live by.”

“It’s madness to be honest the perception we don’t talk to the media. Jim is Jim.”

“I read another article that it’s feeding into his ego to not talk to the media, that’s completely made up fairy-tales.”

Fenton, who has become a huge star, and an integral part of the Dublin panel in a very short career so far, endorses that the entire panel, with the support of Jim Gavin, are trying to create a legacy that will live on and hopefully inspire players coming through in the years to come when they have all eventually moved on.

“We’re all one group, we may come from different clubs but the media seem to have this perception that Dublin are doing their own thing.”

“We as players want to live by the Dublin values; we want to create a culture in the group that we can maybe pass on to younger generations and minors.”

“We hope in 10 years time people might look back and say that fella Brian Fenton or Ciaran Kilkenny or John Small, they were good guys who really did their best for Dublin football.

“For us its winning medals (the primary focus) anything after that is secondary, we don’t have to talk to the media it’s no obligation really but hopefully they might look back and say they were good guys who did their best for Dublin football.”