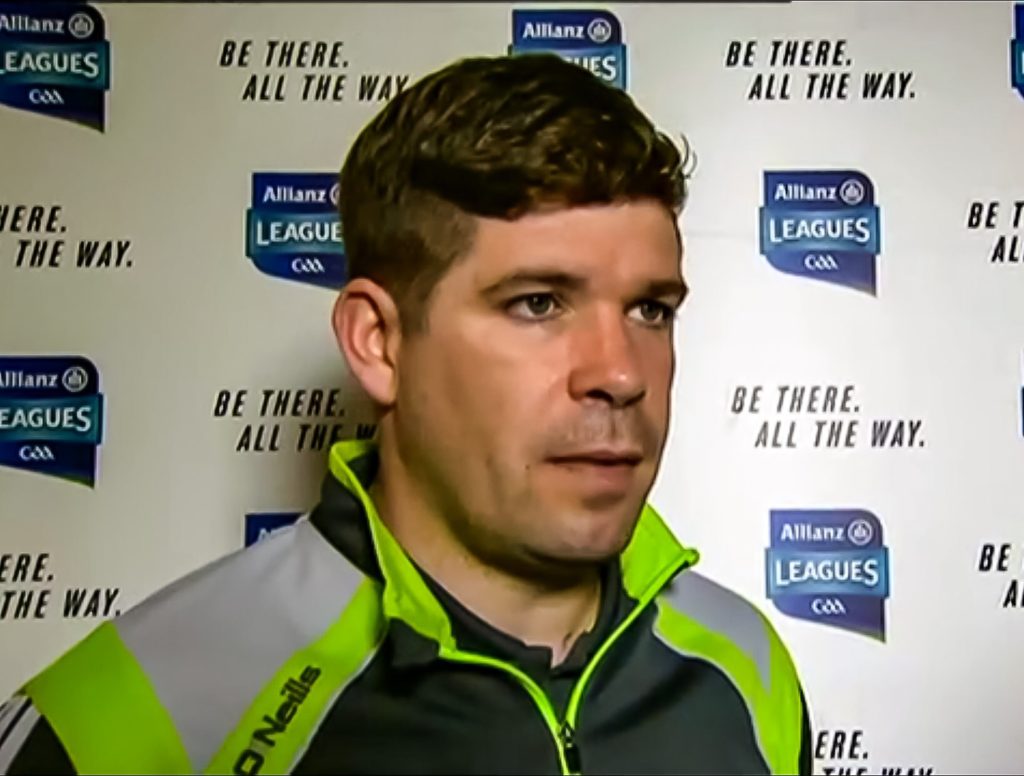 Are Eamon Fitzmaurice’s comments in the press a sign of a man feeling the pressure ahead of his sides Allianz National Football League Final against Dublin on Sunday or a spot of cute Kerry hoorism clearly aimed at influencing the referee and his match officials who will be in charge of the latest highly anticipated meeting of these great rivals.

The Kerry boss is not happy with the “complete lack of balance” in the coverage of the tactics his team used in the meeting in Tralee against Dublin a few weeks ago.

The tactics Kerry used in the last meeting were rightly criticised by both the media and supporters after the game, the men from the Kingdom used an over physical approach that wasn’t so much playing on the edge but well over it and the game descended into chaos at times with more action off the ball than on it.

Now Gaelic football is a physical game and there is nothing wrong with players getting stuck into each other but within the rules of the game. Dublin are no street angels either and have a number of abrasive characters who can mix it with the best of them, but Kerry were the main instigators of the off the ball shenanigans that ensued throughout the meeting between the teams in Tralee.

Some of Fitzmaurice’s comments in the media were at best laughable as he tried to portray not only his own team, but Mayo’s Lee Keegan as somehow victims at the hands of both the media and the Dubs, with examples of wrong doing by the men from the capital going right back to 2011.

Reading between the lines of the examples he gave though, it certainly looks like he is trying to give an impression that Dublin always play beyond the rules or as he put it have a “seriously hard edge” and his team have just had to match it to have a chance to win.

Those sentiments were clearly aimed at influencing the match officials on Sunday and it will be interesting to see how those officials deal with Kerry players if they repeat the antics they engaged in two weeks ago.

When asked about what had gone on in the Tralee clash, particularly in the first half, Fitzmaurice’s response was that some of it was “silly”, but followed that up by saying he expected a similar “physical edge” on Sunday or in other words, Kerry will be employing the same tactics.

If that is indeed the case the referee and his fellow match officials are in for a busy afternoon and one they will have to get on top off very early in the game or it will turn into a free for all.

Fitzmaurice is obviously feeling the heat from the supporters down in the Kingdom, he might need a fire extinguisher by his side on Sunday, as that heat will turn to a raging fire if his side loses once again to Jim Gavin’s side.

Ciaran Kilkenny And The Dublin Senior Footballers Focusing On Opponent Not...