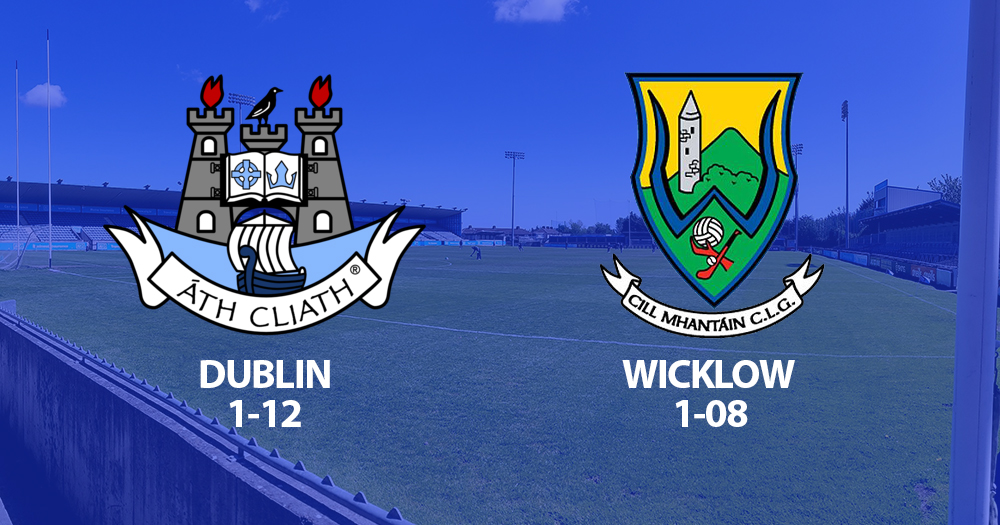 It wasn’t a cut and dry affair by any stretch but the Dublin U20 Footballers hung on to move onto this year’s Leinster Semi Finals and keep their title defence alive.

From five down at the break, 1-01 from substitute JP Nolan inside the opening 2 minutes saw Wicklow close the gap to a single point. And in a frantic five minutes a foot block by Ben Millist on a JP Nolan goal shot gave Wicklow a penalty that Cillian McDonald blasts over the bar to level the game.

The game went into a stalemate for the remaining quater. Wicklow had opportunities to level but McDonald and Johnny Keogh saw chances drift wide. In the end it was 2 late Luke Swan points that point the exclamation point on the game to send Dublin through to a Leinster Semi Final.

Dublin had thought the did the groundwork in the opening half

Dublin were five points clear at the first half water break. Fionn Murray opened the score in the third to get the home side up and running, with Cillian McDonald equalising three minutes later. Mark Lavin had Dublin’s first clear goal chance but chose to fist the ball over the bar.

Wing Back Mark L’Estrange scored Dublin’s third, cancelled out by Kevin Quinn’s forst for Wicklow to make it 0-03 to 0-02. A minute later Luke Swan had another goal chance for Dublin only to be swallowed up by three Wicklow defenders who recycle resulting in Quinn’s second score.

Just like Swan, Adam Fearon tried walking to ball into the Wicklow goal on 15 minutes, found himself dispossessed and keeper Jack Sargent clears his line. Swan however points a score to give Dublin a slender lead. A minute later Mark O’Leary added another for Dublin to give them a 2 point lead.

But just right before the water break whistle,  Luke Swan found Sean Foran in space, dirving the ball past Sargent to give Dublin five point lead.

Murray pushed the lead to six for Dublin on the restart, but a Matthew Ging converted free heped Wicklow reset. Wing back Craig Maguire had a clear chance for a Wicklow goal only to see the bundled ball cleared off the line and straight down the other end for Murray’s third for Dublin.

likewise Quinn got his third Wicklow score to end the half with Dublin ahead by five.