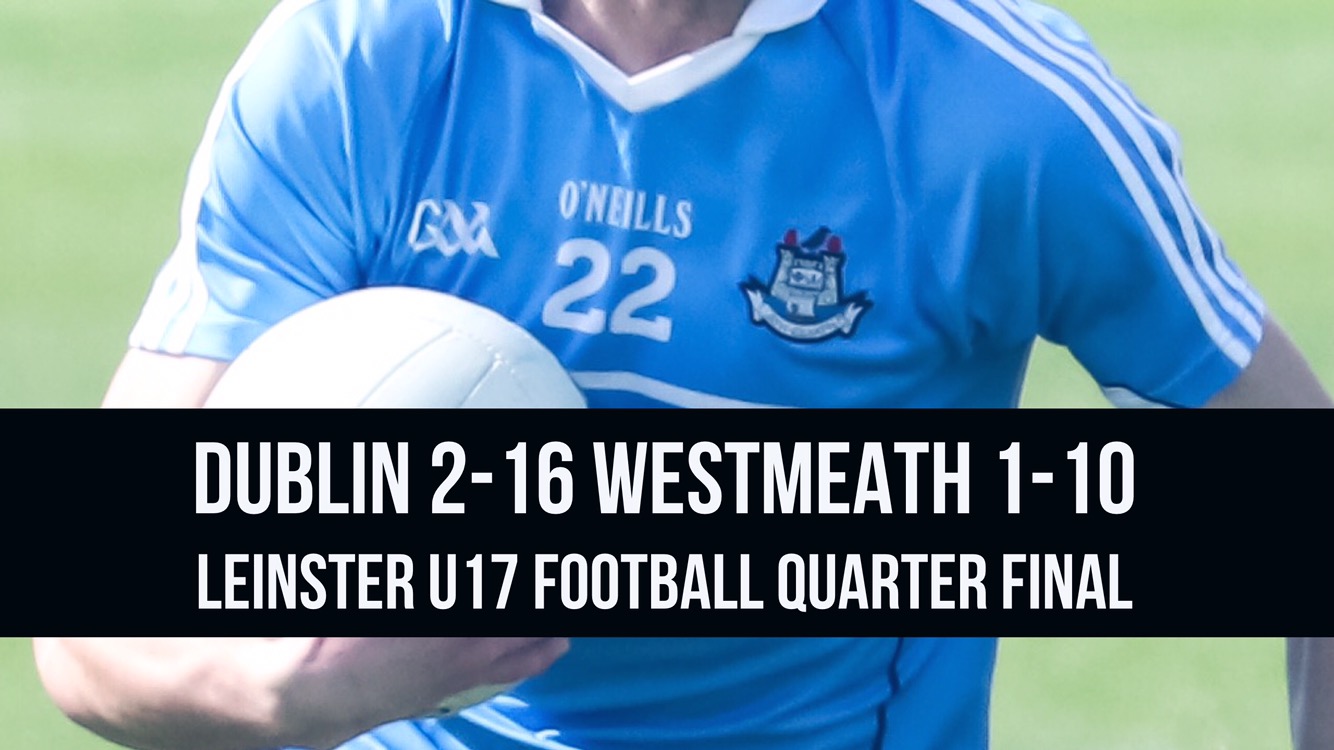 Dublin’s U17 football panel secured their position in the Semi Finals of the Leinster Championship with a more than convincing victory over Westmeath in Abbotstown last night.

The young blues will face Laois in O’Moore Park, Portlaoise next Tuesday evening at 7.00pm for the chance of a place in the first ever final in this new competition.

On the other side of the draw, Kildare will be entertaining Meath in Newbridge, also throwing in at 7.00pm in the same night.

Dublin lost out to Meath in the opening round by 1-15 to 1-10 with a qualifier offering them a route back into the competition. And a win over Offaly last week in that game set up last nights fixture against Westmeath in the quarter-final.

Dublin had a strong 0-05 lead at half-time with three points each of the 0-10 scored from Darragh Warnock and John Foley.

Goals from Dublin minor panelists Ciaran Archer and Adam Byrne early in the second half ensured the victory despite having two dismissed before the final whistle as Westmeath tried to catch the boys in blue.

But the Dubs held on to earn their Semi Final spot and will now be focusing on Laois for the coming week.