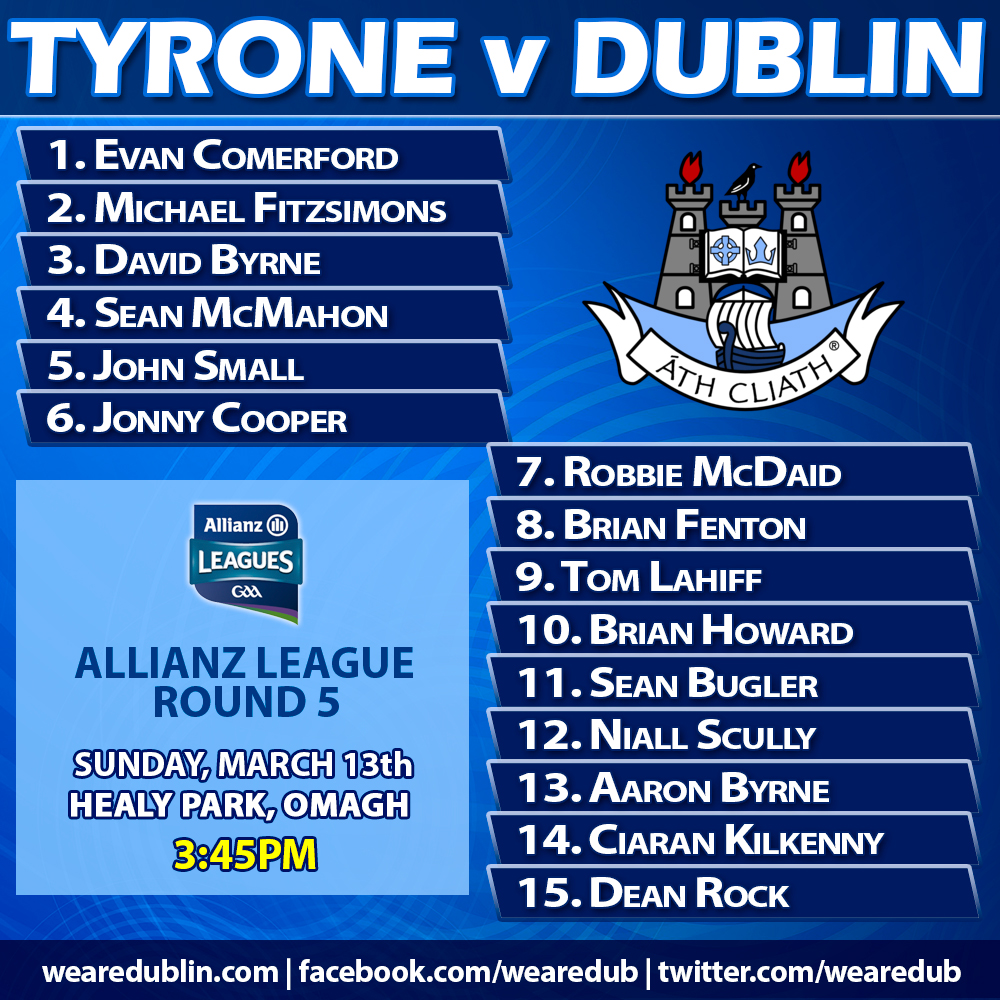 No one would have predicted Dublin’s surprising run of defeats with Dessie Farrell’s team needing to conclude the Football League with a string of positive results. And with only Ulster opponents remaining it doesn’t make that task any easier.

An away match against the All Ireland champions beckons for Dublin‘s blend of emerging and established players. They’ll then face Donegal at Croke Park before closing out the league rounds with a trip to Clones to face Monaghan. They are now fighting relegation.

But Tyrone also need points too from their remaining three matches to avoid the drop so this game should be a tasty encounter.

Dessie Farrell has made two changes to his starting 15 for tomorrow’s game. Robbie McDaid and Aaron Byrne come into the team from the side that started against Kildare two weeks ago, with Lee Gannon and Ross McGarry making way.

Match tickets are available for the game here. Note that no tickets will be available to buy at the grounds.

The match is also being broadcast live on TG4.