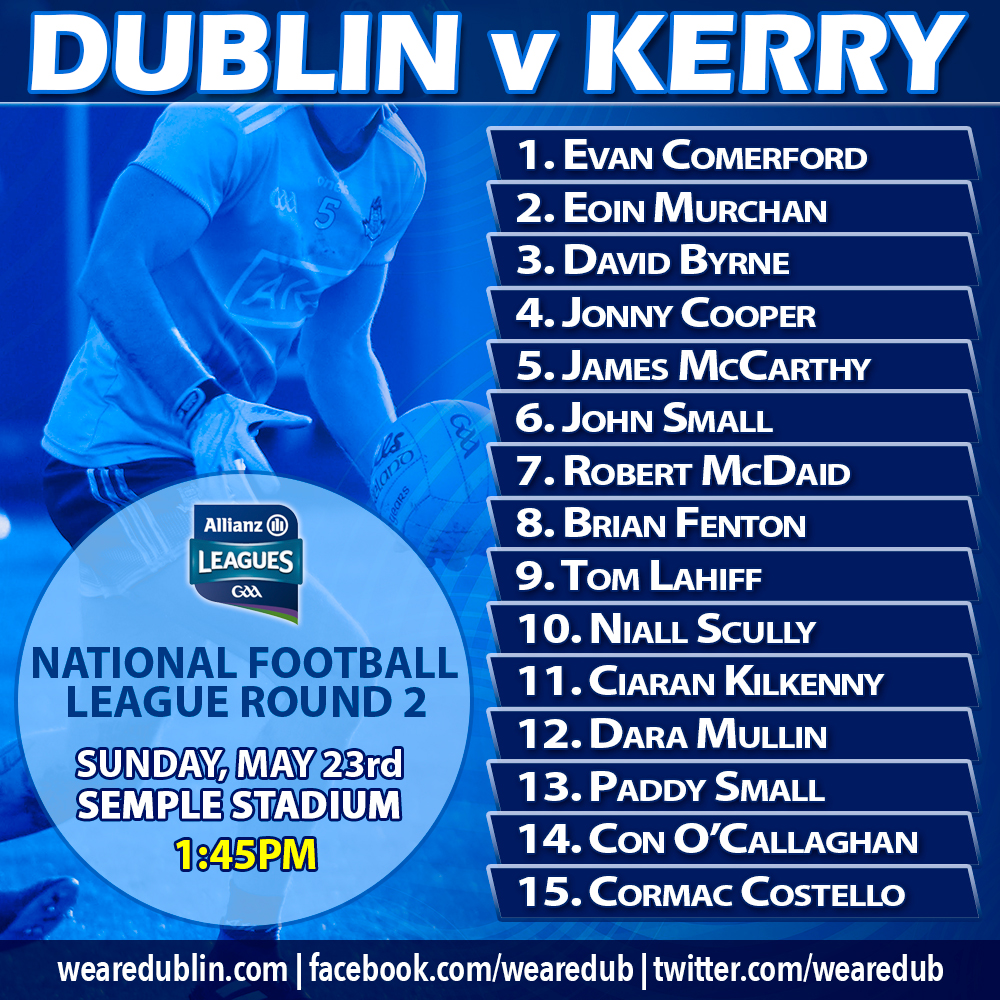 Tomorrow afternoon, both the Dublin Senior Footballers and Kerry go in search of their second wins in this year Allianz National Football league campaign. Kerry started with aplomb beating Galway by 4-21 to 0-11. Dublin travelled to Dr. Hyde Park, beating Roscommon 1-22 to 0-16.

There was some pre-match shuffling last week before throw in with a number of changes to the starting 15. And acting Senior Football Manager Mick Galvin has named his starting 15 earlier today. For tomorrrow’s game Evan Comerford comes back into the side after being replaced by Michael Shiel last week. Also Jonny Cooper, who made wat for Sean McMahon last week returns to the defence.

WHAT A PERFORMANCE FROM FITZSIMONS