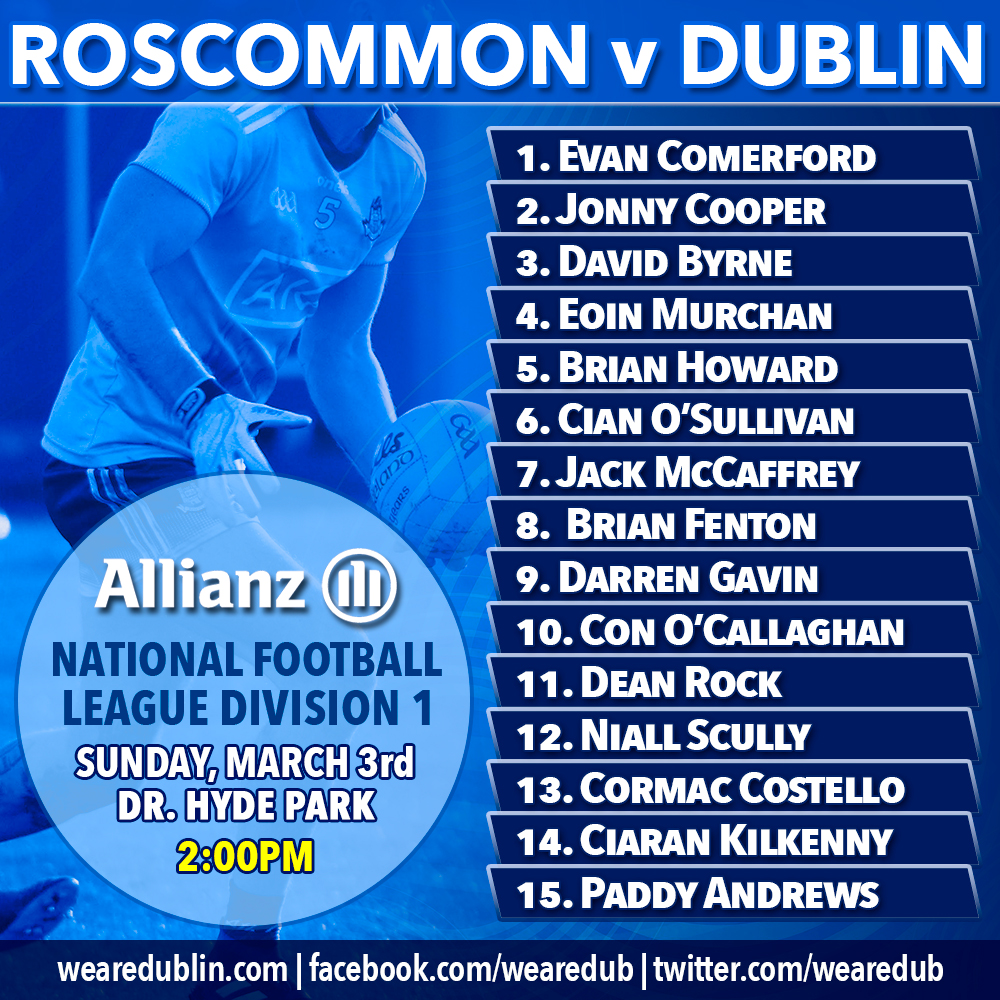 Last weekend saw a much more polished performance from Jim Gavin’s Dublin Senior Footballers as they derailed Mayo’s 100% League record this year. It looked plain sailing under the floodlights in Croke Park as the Dubs left Mayo without a win against them for the fourteenth time in in League and Championship games in seven years.

But more importantly it puts Dublin back in contention for a spot in this year Division 1 Final. Losses to Monaghan and Kerry on the road had almost derailed their own campaign. But with three games remaining, they’ve put themselves back into the race with Roscommon, Tyrone and Cavan as their run in to the final game.

Kerry and Mayo sit above Dublin in the Division rankings, with Mayo playing Galway tonight and Kerry facing Monaghan tomorrow afternoon. Kerry will undoubtedly top the Division, barring a major disaster. And the second slot right now is Dublin’s, Mayo’s or Galway’s.

Jim Gavin has made a couple of few changes and some positional switches to the team that started against Mayo last weekend. Jonny Cooper moves into the Full-Back line in place of Michael Fitzsimons, with Cian O’Sullivan keeping his spot in the middle of the Half-Backs. Brian Howard moves from Half-Forward to Half-Back. Dean Rock returns to the starting 15 alongside Con O’Callaghan and Niall Scully in the Half-Forward line. And Paddy Andrews replaces Paul Mannion in the Full-Forwards

No Injury Worries for Gavin Ahead Of Sixth All Ireland Final