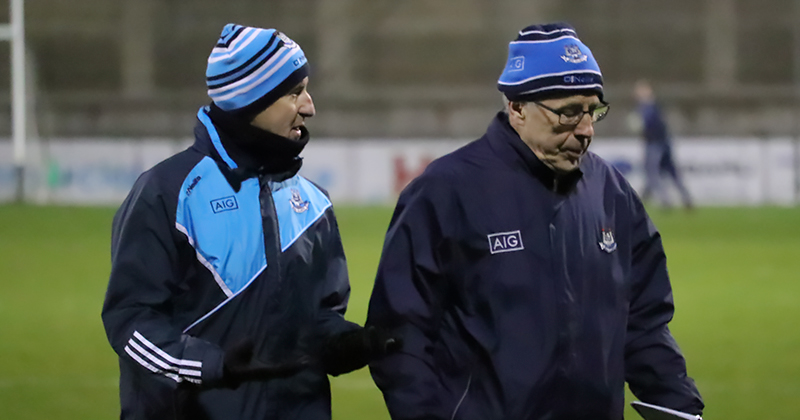 Sunday saw the end of Dublin’s reign as O’Byrne Cup Champions, but for Paul Clarke, it was again a pleasure to be at the helm, guiding developing players through the Leinster Pre Season Competition.

It was always going to be an unenviable task for a Dublin side to go to St. Patrick’s Park in Enniscorthy and carve out a seventeen point deficit to secure a Semi Final slot in the hope of retaining their title. And it turned out that Wexford’s gameplay was more effective, winning on the day by the minimum.

As ambitious as he was, Paul Clarke was also realistic when he spoke to FM104 after the final whistle.

“We were looking for a performance, and a win, and we got half of what we wanted”, he admitted.

“”We’d a tough battle here last year, and we didn’t win then by double figures.”

One thing that always bears fruit from the pre-season competition is the use and improvement of young talent. Last year’s prime example being Niall Scully, who played right through Dublin’s League and Championship campaign, and was the man in possession of the football when the final whistle blew on All Ireland Final day.

This year, again is the opportunity to blood some new, and some familiar talent, who may advance into the ranks of Jim Gavin’s elite panel. Colm Basquel, Shane Carthy and Emmet O’Conghaile again proved their value. Killian O’Gara and Paddy Small stood out among others.

“You already know they are very good athletes and footballers,” Clarke explained, “but you want to find out what type of characters they are, and judge whether they can step up and play with a group of extraordinary players.”

“The hope is that you’ll see a couple of those guys make it through into the National League panel.”

“I’ll sit down with him (Jim Gavin), and give him our feedback on the players who took part in the two games.”

And with the boss returning to take back the reigns for the start of the National League campaign, it’s back to normal for Paul.

“I’m very lucky to have been in a dressing room, or training pitch, and worked with this calibre of player.”

“And to be asked by Jim Gavin to do it; it’s the pinnacle for me.”

“I’m looking forward to getting back to watching some club football, and heading to the double headers in the League at Croke Park.”

MATCH PROGRAMMES AVAILABLE TO DOWNLOAD FOR iOS AND ANDROID