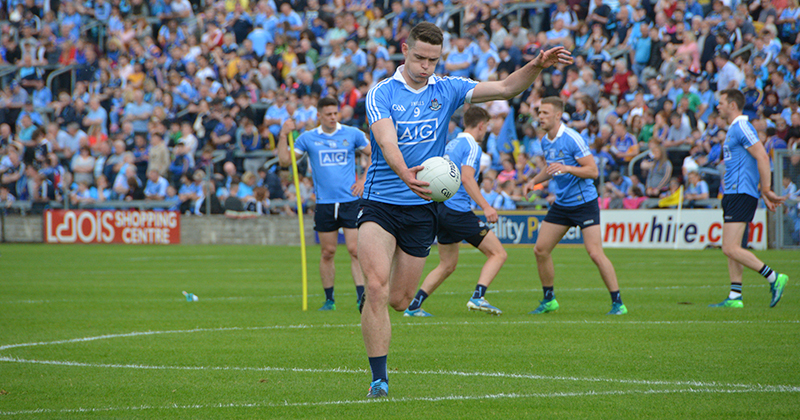 This weekend will bring back memories for Raheny midfielder Brian Fenton

There’s not too many people who can boast a League, Provincial and All Ireland medal in their debut year at Senior level. But on top of that there are still not many who can clinch an All Star and be named as the Man Of The Match in the All Ireland Final in the same year.

Three years on and Brian Fenton faces his fourth Championship campaign with Dublin’s Senior Footballers, and in a very short space of time has become a household name around the county.

We’ve seen many a Dublin Footballer’s form fade in their second year, and none would have been surprised as Brian set the bar so high in his debut year, but he really hasn’t disappointed.

Another haul of medals and a second All Star in 2016. 2017 Fenton experienced his first competitive loss in the League Final but wasn’t derailed for too long as Dublin eased through Leinster and captured their third All Ireland on the bounce.

No All Star award despite the nomination, and if anything you could argue that slight blip has done nothing but spurn Brian on in 2018.

The Year So Far

Still at the heart of Dublin’s attacking midfield, Fenton registered 1-09 during the league and in the opening Leinster Championship game against Wicklow, the Raheny man added another 1-03 from play to bring him to 2-12 over nine games, one of which he didn’t start.

This Sunday, Fenton and his team mates face Longford, the side he faced in 2015 making his Championship debut, which now seems like so long ago.

Many watched him make his full league debut in Clones that April and were duly impressed. What was more impressive was him keeping his place in both the semi final and final that year, and since then there haven’t been too many games that Fenton has not been at the centre of.

Viewing the landscape as it stands, it’s hard to argue the potential for Brian to be an early candidate for Footballer of the Year when all is said and done in September.

The question is, who can stop him?

It’s Easier To Learn From The Losses – Michael Fitzsimons