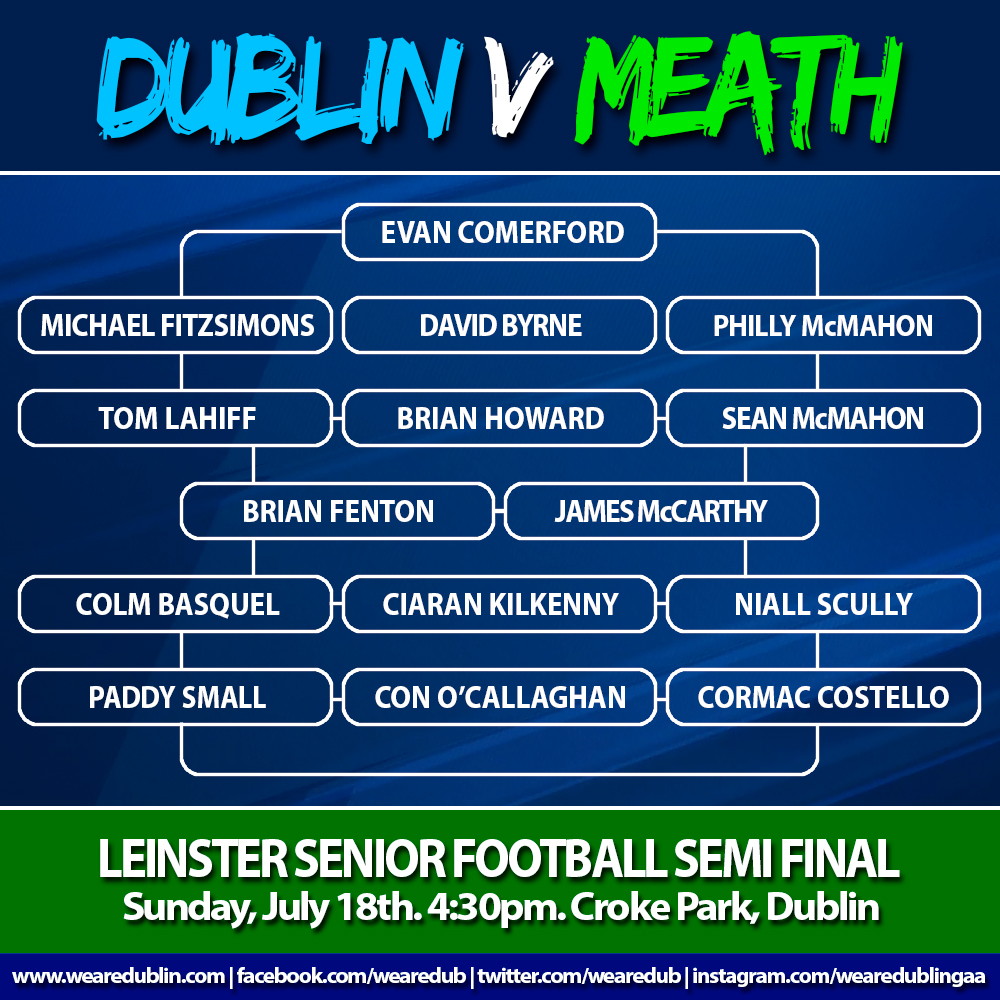 All Ireland champions Dublin will renew their rivalry with their nearest and dearest neighbours Meath tomorrow in the Leinster Semi Final. And the first challenge for Meath manager Andy McEntee will be to try and get his players to look beyond the scars inflicted in last year’s Leinster final.

Add in a good victory for the Dublin U20 Footballers at Páirc Tailteann on Thursday and it’s a hard time to be a Meath supporter living close to Dublin. Particularly if you’re old enough to remember an era when Meath were very much in the ascendency in this rivalry.

Dublin’s seven point win over Wexford last time out was their smallest margin of victory in a Leinster senior football championship tie since the2013 decider, against Meath. Paul Flynn and Paul Mannion struck goals for Dublin on that occasion. And that goalscoring touch will prove vital for Dessie Farrell’s side. So far, the seven-in-a-row chasing Dubs haven’t quite been at their brilliant best in 2021. So the longer they go in this game without raising a green flag, the longer Meath will feel that an upset is possible.