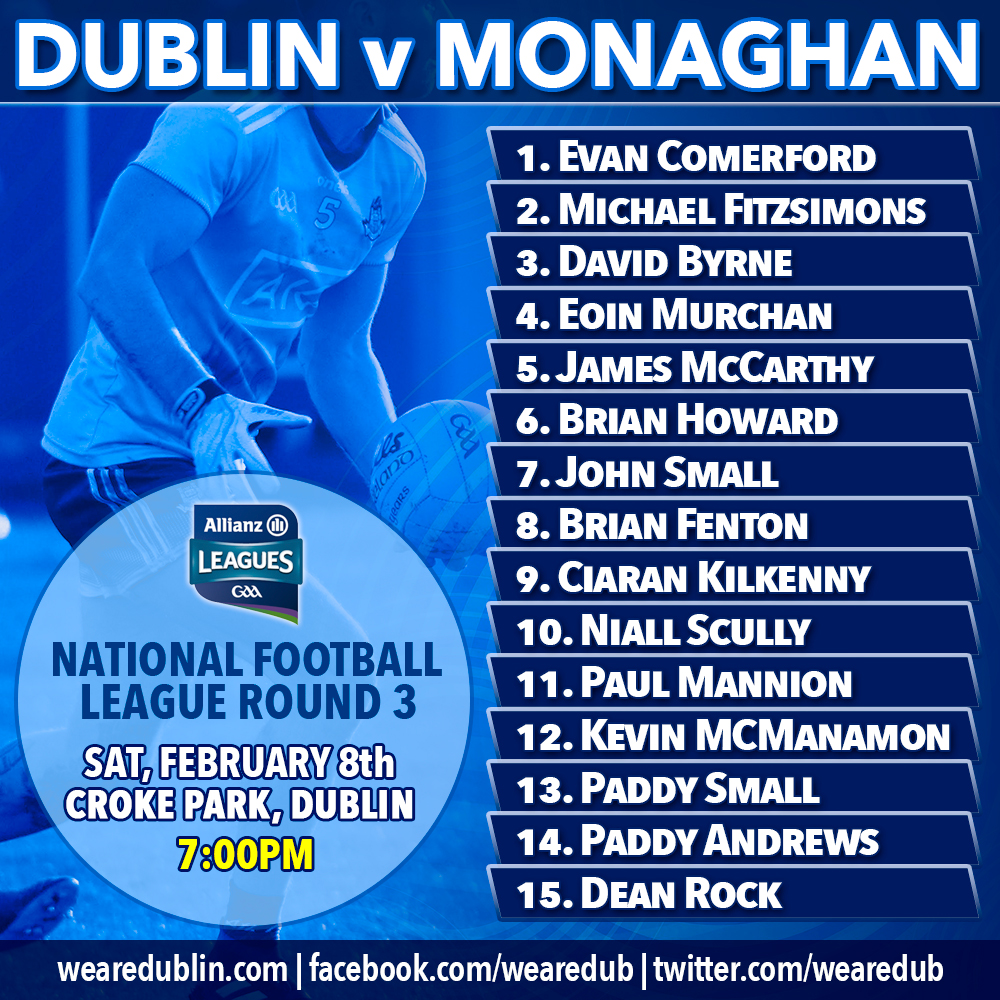 Tomorrow night brings Round 3 to the fore, as Dublin will be hoping to build on the momentum of last weeks convincing win in Castlebar. But they know Monaghan come to Croke Park looking for a third National Football League won over Dublin in three seasons.

2017 was the last time Dublin got a result over the men from the Farney county. But Dessie Farrell’s tenure as Dublin boss is on a steady rising curve. Last week’s second half performance over Mayo was as impressive as we’ve seen Dublin play to date.

Farrell has made three changes to the side that started last weekend. There’s no second start for newcomer Dan O’Brien as Paddy Andrews is named in the Full Forward position. Paul Mannion and Paddy Small come into attack meaning no start for Conor McHugh.

Ciaran Kilkenny has been named in midfield alongside Brian Fenton with Brian Howard moving into the half back line. And Eoin Murchan starts in the full back line in place of Rory O’Carroll.

After losing by a single score to Galway in Round 1, Monaghan bounced back last week with a commanding victory over local rivals Tyrone in Castleblayney. So like Dublin, they’ll be hoping to keep that momentum before facing Mayo in two weeks time.

But for Dublin there’s a small point to prove, and they’ll be hoping to end their league drought against the Farney County.