We take a look at the solid foundation Jim Gavin has in place ahead of this weekend’s League Final and of course the Summer. 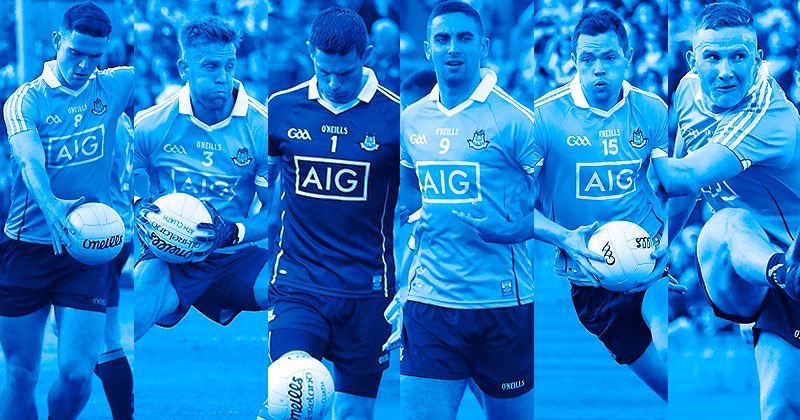 We’re only days away from Dublin’s sixth consecutive Allianz League Division 1 Final appearance. And while the results of the last two Round games may not have been to the liking of manager Jim Gavin, it will certainly have no reflection on preparations for this weekend’s rematch against Galway, who held the Dubs to a tied game in Salthill a couple of weeks ago.

With qualification secured, Jim Gavin used the games to give some fringe players quality game time. And it will probably have been his only real opportunity before the 2018 Championship begins at the end of May.

Nothing is ever set in stone when it comes to Jim Gavin’s team selections, and with some marquee panel members still to return to action, the landscape we see now may very well be different in eight weeks time when Dublin face Offaly or Wexford in their Leinster opener.

That aside, there appears to be six players so far this year that have been pivotal in the League campaign and will probably be as pivotal when the time comes to defend their provincial and All Ireland Championship crowns.

While we’ve not seen Stephen for two games now, with Evan Comerford getting some valuable experience both on the road and in Croke park, there’s no question that the current captain will have a huge part to play in any of Gavin’s plans for the rest of the year.

Reaching a hundred league starts at the end of February is only the start of how important the Parnells shot stopper has been to the Dublin cause for so long. Cluxton has changed the goal keeping role in gaelic games and is now the blue print all other keepers aspire to apply to their own game. Stephen as a captain demands the best from his outfield players, and his presence alone is the confidence they need to apply their process.

With 2017 not being the greatest year for the Na Fianna defender, it appears that has spurred Jonny Cooper to push on this year, putting in some outstanding performances in the blue jersey.

Injuries put Cooper on the back foot last year, missing all bar one league game. He also missed out on a place in the Leinster Final team too, but was a permanent fixture through the All Ireland Series right to the death.

Cooper has started six of Dublin seven League games, only sitting out the last fixture against Monaghan. He was completely dominant against Donegal, and registered scores against Kerry and Galway.

The Ballymun Kickhams powerhouse has literally picked up where he left off last year. Always a threat, McCarthy seems to always get into goal scoring positions without the oppositions defence being able to stop him.

He hasn’t shown the regular scoring we’re used to, with just the one point against Tyrone this year. But that will be down to starting the first four league games in the old half back role, before shifting to midfield in the games games against Galway and Monaghan.

The question is what role will the Footballer Of the Year Nominee play this summer? The current pairing of Fenton and Macauley has been very effective so James may find himself back in defence. Not that this would be a terrible thing, as he’s as effective coming from deep positions as he is anywhere else.

McCarthy has started six of Dublin’s seven League games, only missing the fixture against Kerry due to injury.

The rise of the Raheny man continues at an unfathomable pace. Brian Fenton has established himself as one of the best midfielders in the country, at only 25 year of age. His height, agility, pace and skill are at a level above most, and his game intelligence is nothing short of frightening.

Fenton is only one of the orchestrators in Jim Gavin’s line up but is aligning himself as one of the most important players in the outfield. He is a leader first and foremost, with a demeanour of calm personification when needed.

It feels like Brian has been around forever, but we must not forget that last year was only his third senior Championship campaign, which is greatly reassuring as there are plenty more miles in the tank for this young man.

Fenton has started six of Dublin’s League game, and was a substitute in the Galway game in Salthill. So far Brian has registered 1-09 from play.

If Fenton is one the most important players on the park, then Ciaran Kilkenny is surely a close second place. Before last weekends game against Monaghan, Ciaran was Dublin’s Top Scorer in the campaign with 2-16. Such is his importance as playmaker for the boys in blue, he’s received some unwanted attention from oppositions as a result.

Kilkenny scored 0-05 against Galway, which means the Tribesmen will have to come up with a plan to quieten the half forward, and that won’t be easy. HIs diversity is probably one of the aces up Jim Gavin’s sleeve, and we’ve probably not even seen him despatched to his full potential.

Kilkenny has started six games in the league, and was rested for the Monaghan game. He sits behind Dean Rock in the Dublin scoring ranks.

Rock has come a long way since replacing Bernard Brogan and Stephen Cluxton as Dublin’s designated free taking specialist. his 0-07 against Monaghan has positioned him once again as top scorer at 1-25 for the campaign so far.

Like Brian Fenton, we’re so used to seeing Rock as a regular in the panel, it’s really hard to fathom that he only got his first league start in 2015. And he still has an eye for goal, which was evident in the league opener against Kildare.

Rock has started six of Dublin’s games, and was a late substitute against Donegal. It will be hard to displace him as Dublin’s top scorer, but others will try.