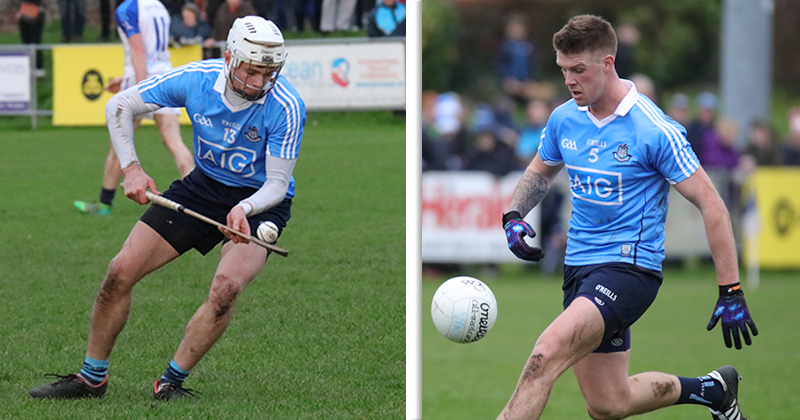 With two rounds played in both of this year’s Leinster O’Byrne and Walsh Cup competitions, Dublin’s Senior Footballers and Hurlers are still in with a shout to reach the knockout stages.

Of the eleven teams competing in the O’Byrne football competition, it looks like Wexford are the only team that cannot qualify for the semi finals before tomorrow’s final round games.

In Dublin’s group (1), Offaly are currently top with three point following their win against Wexford and Wednesday night’s draw against Dublin. So Dublin know they have to get a result in Enniscorthy tomorrow. But because of Offaly’s massive winning margin in the opening game, Paul Clarke knows that his team will need to see off Wexford by a minimum of 16 points to over take Offaly and end as group winners.

Should Dublin be successful tomorrow and win but the appropriate margin, they stand to face either Laois or Westmeath in the Semi Finals next weekend. Both these teams are in Group 4 and will play each other again tomorrow, with Westmeath the victors in their first game.

Elsewhere in Group 2 Longford, Louth and Kildare could all still qualify, with the remaining game between Longford and Kildare being played in Pearse Park tomorrow afternoon.

The same applies to Group 3, with Carlow, Meath and Wicklow all still in with a shout. Meath will welcome Wicklow to Pairc Tailteann tomorrow afternoon for the remaining group game.

After two rounds, things are looking good for Dublin, Wexford, Kilkenny and either Offaly or Westmeath.

Dublin have notched a score difference of +16 in their favour following their comprehensive win over Meath on Wednesday. Kilkenny in a similar fashion schooled Laois in their opening game, making their score difference +28. Both Kilkenny and Dublin are expected to win their final games tomorrow, against Antrim and Kildare respectively.

Wexford would be expected to see off Wicklow in Ashford tomorrow, leaving them top of Group 1. And Offaly play Westmeath again tomorrow in Cusack Park, having beaten them by 2-15 to 1-16 in their first game.

IT WAS A BOOKING. WAS IT A BLACK CARD? – BRENNAN