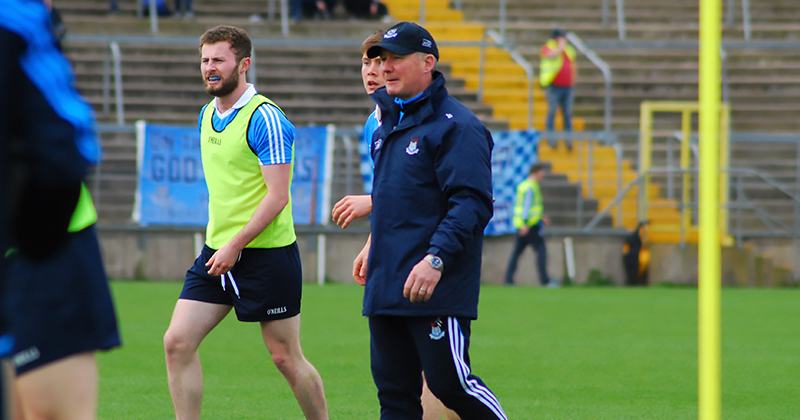 It’s been two years since Dublin manager Jim Gavin had to address the media after a defeat, but as is his character, Jim was nothing but gracious.

Dublin, to their credit, did not let the grip on their unbeaten run go until the dying seconds yesterday, but a final free from Dean Rock striking the post unfortunately sealed their faith as referee Paddy Nielan blew time on the League Final immediately after and Dublin lost by the narrowest of margins.

“We were five points down against a fantastic Kerry team who set themselves up very well.” Gavin told the Independent.

“We got a goal and could have got another one or two, it just slipped past us.”

Challenged on the subject of the pre-match build up, again the Dublin manager would not be drawn for his insight.

“Every manager is doing the right thing for his team and if you’re putting me on the spot to try and talk ill about Eamonn Fitzmaurice, I certainly ain’t going to do it.” he admitted.

“I have nothing but the height of regard for Eamonn and he’s an absolute gentleman. I certainly won’t be speaking ill, if that’s what you’re trying to get me to do.”

“In terms of the county of Kerry, I have nothing but admiration and warmth for that county and I certainly won’t be speaking ill of any Kerry player or this Kerry team.”

And while Jim thought his team were going to pull the game from the depths, as they’ve done so many times in the closing stages, he still had nothing but admiration for his entire panel.

“They’re a resilient bunch, there’s no doubt. They’ll come back as strong as ever.”

“Their selflessness and discipline preparing for this game was outstanding. They’ll take a lot from today, as we took a lot from the last time we played Kerry in Tralee, it was a fantastic game.”

“Of course we wanted to win today, but it didn’t happen and we have to reflect on those reasons and ultimately that’s my responsibility.”

DUBLIN AND MAYO’S ROAD TO THE ALL IRELAND FINAL