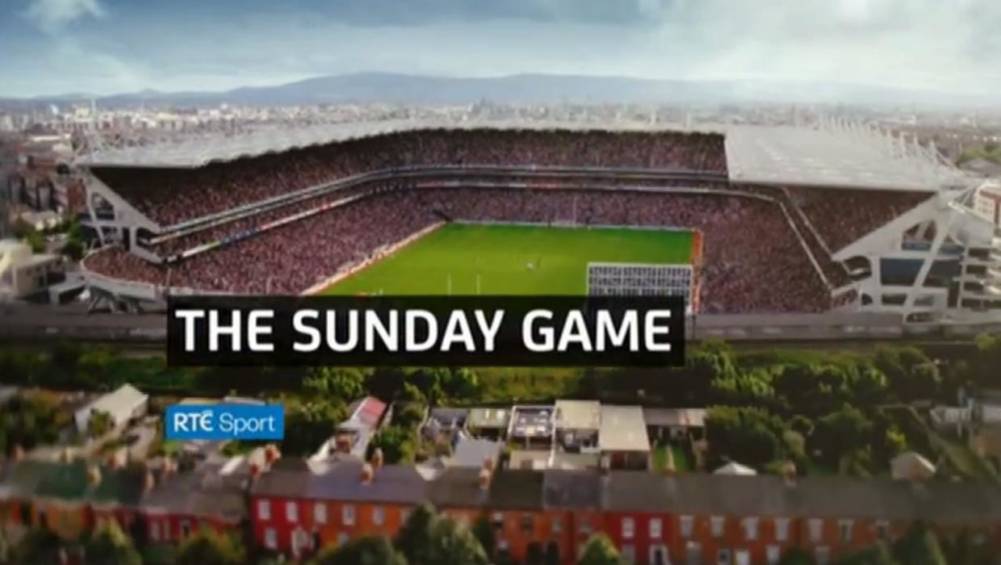 From tomorrow night, and for the foreseeable future, RTÉ’s The Sunday Game will be shortened to a 90 minute show. In challenging times the how is preparing for the long summer without live GAA activity.

Back on screens on Sunday May 10th and continuing last week, the flagship GAA show finds itself in a very restricted situation. It’s relying on classic championship encounters. You would imagine there’d be a plentiful supply of games across hurling and football. Certainly enough to keep viewers and fans watching through the difficult months.

On the first broadcast of the new season, GAA president John Horan was a guest. And John admitted that while social distancing protocols are in place, it was unlikely that any Gaelic Games would take place. An upsetting prospect for fans, but a harsh reality.

Earlier this week, The Sunday Game producer Rory O’Neill confirmed that the show will continue to be broadcast. But the slot will be shortened to 90 minutes.

“We had a debrief and a chat about different things” he told The42.ie, “what worked and what didn’t. We feel going back to an hour and a half is definitely the way to go.”

“It’s going back to 90 minutes beginning this Sunday coming.”

“In fairness, it’s a lot of time to fill when you’ve no action. It was just an experiment on our part to see if it was something that was workable. And something the audience were interested in.”

Fans of Ladies Football and Camogie will be pleased to know that tomorrow night’s broadcast as the ladies game takes centre stage, giving the men a break.

To keep viewers engaged, O’Neill confirmed they’d continue to revise the format of the show to make as enjoyable as possible for everyone.

“All you can do really is plan for the short and medium term, and let the long term look after itself. It’s a real work in progress and it’s something you’re trying to figure out as you go.”